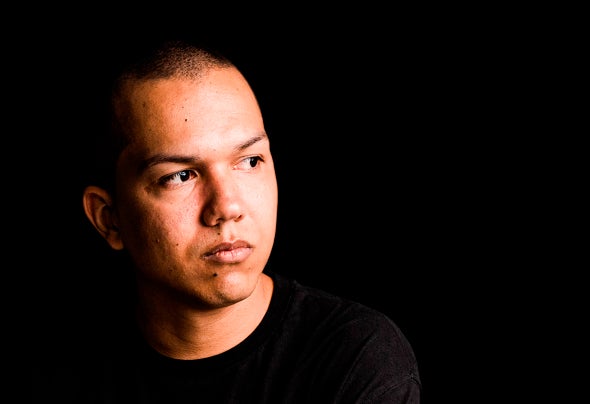 Johan Andrés Serna Chavarría, acquaintance as Johan Dresser, is a Colombian DJ/Producer of Electronic music, On Born November 13, 1989 in Medellin - Antioquia. Here it was where his career began as producer of electronic music at the end of the year 2007, observing his good performance as producer thought of exposing his creations in bars, clubs and discotheques of the city, turning Deejay, being characterized by surrounding and happy sounds for the enjoyment of the people by his wonderful Tech House. It has taken the opportunity to expose his set in big electronic sites of the city of Medellin as they it are: Carnival, La Kasa, Wild Club, Baren, Mansion, Bartronic, Aula 69, Portland Bar, Mansion, between others.It has been working for big labels of big recognized artists worldwide such as: Agile Rec (Uto Karem), FORM (Popof), 1605 Music Therapy (UMEK), Neurotraxx Deluxe (Aki Bergen, Neuroxyde), FHD Records (Ricky Stone) and many more, with that it has had the opportunity to enter several times in the tops 100 of one of the best virtual shops of electronic music of the world (Beatport). His major success, together with his friend J- Valencia, has as name "Black Jazz", thrown by the label Neurotraxx deluxe, where I manage to reach his better position in Beatport, being in the first position of the top deep house and at the same time in the general top of the whole shop in the position * 34.Johan Dresser, has been Supported by big artists as: Sebastien Leger, Uto Karem, Super Flu, Dubfire, Richie Hawtin, UMEK, Stefano Noferini, Worthy, Davide Squillace, Popof, Max Bett, Amo + Navas, Paco Osuna, Chris Sonaxx, John Selway , LUCIANO , Audiojack, Pierre Deutschmann, david tort , Marco V, Loco & Jam, Ken Ishii, Sasha Carassi, Tone Depth, Timo Maas, Eric Entrena, Marco Bailey and many more. www.johandresser.com