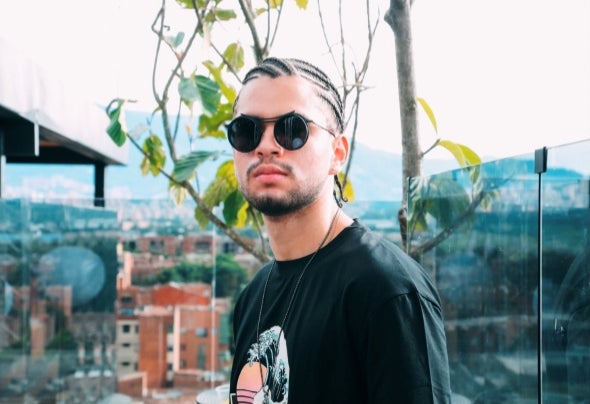 Thomas Castillo a.k.a MEXES was born on August 24, 2002 in Medellín, Colombia. His taste for electronic music begins thanks to his family, since he was a child he has been immersed in the industry because his family's company is one of the most important and most experienced producers of electronic music events in his country. As his interest in music grew, he experimented, with only 12 years old he began his career as an artist entering a recognized musical school in his hometown, where he began with instruments such as the piano, which led him to develop a strong bond and love for electronic music and offbeat sounds. Because of his great talent and dedication, he began to attract a lot of attention from his family and friends, therefore, his family decides to support him by buying his first equipment to stimulate his creativity and promote his career. At the age of 17, he began his career as an artist entering a production school where he began to create his own style and personal brand in his first productions inclined towards underground music and it is in this short time that he has been able to understand that talent without discipline and training has no major relevance. In 2019 he was made a resident of a renowned producer in his country, managing to warm up artists such as Nic Fanciulli and Joris Voorn. He is currently studying sound engineering at the university, he seeks to make his productions unique and of quality. He is also part of the team and creators of the important Buena Vida Beach festival that takes place in Cartagena, Colombia. Without a doubt, a promising artist and of whom we will hear a lot. Social networks Instagram / akamexes Email / akamexesmusic@gmail.com Booking / (+57) 304-529-15-02