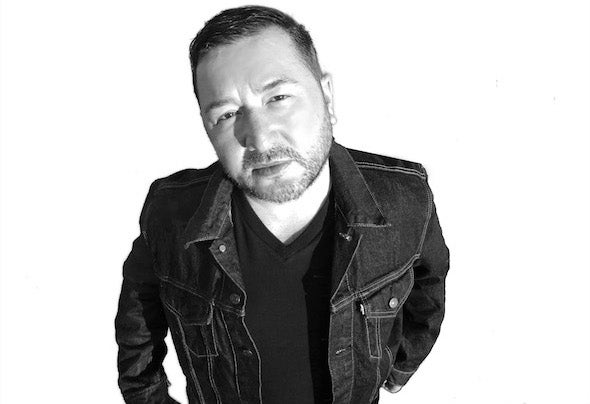 2011 has been an exciting year for Los Angeles based DJ/Producer Eddie Amador. DJ Magazine just named Eddie’s "House Music" track #56 on their list of the top 100 most important house tracks ever! Eddie is on a roll with his recent productions, Spirituality, on Erick Morillo’s Subliminal label and 10 Lil Indians on Eddie’s new imprint, Citrusonic Recordings. Eddie’s records are supported by the biggest DJs in the business including David Guetta, Kaskade, Annie Nightingale, D.O.N.S., Robbie Rivera, Thomas Gold and many more! Eddie’s latest record “We Are The Beautiful Ones” is co-produced with the legendary Harry Choo Choo Romero, and vocalist Countre Black- due out this fall. Eddie also teamed up with Automatic Panic on “Morning After,” the forthcoming single on his Citrusonic Recordings imprint with early support from Mark Knight & Stonebridge. Eddie recently collaborated with pop sensation Kimberly Cole and up and coming rapper Garza on huge dance pop tune “Arrow Through My Heart” released on August 2, 2011 on Citrusonic Stereophonic/Crystal Ship Music. This was the first collaboration for the three artists which also included producer Jeeve. The remixes are due out in September 2011. Take a look at the Making of video here: http://bit.ly/arrow-makingof. From the incredible buzz “Arrow…” has generated, Big Beat/Atlantic has signed on for a follow up single due out later this year. In early 2010, Eddie teamed up with LA’s star DJ, Josh Peace and artist Anthony Garza to produce Diamond Crowned Queen for Raja, the winner of RuPauls Drag Race, Season 3. The dirty electro club track reached the #15 spot on the Itunes Dance chart and is currently being performed by Raja in clubs all over the US. The Diamond Crowned Queen video is currently in rotation on LOGO’s NewNowNext PopLab. Eddie exploded onto the scene in 1998 by penning the infamous lyrics…'not everyone understands house music, it's a spirtual thing, a body thing, a soul thing. He set them to a hypnotic pulsating beat and the seminal dance classic 'HOUSE MUSIC' was born. 'House Music' went on to become a global hit and secured Eddie an album deal with Deep Dish's Yoshitoshi label. However, it was his next single 'RISE' which proved that Eddie was no one hit wonder. Catapulting into the top 20 of the UK national chart, 'RISE' propelled Eddie to the status of a world class dj and he was now performing at such super clubs as Ministry of Sound, The Queen, Centro Fly, Crobar, Stereo as well as Pacha & Space in Ibiza. Eddie's international success allowed him the freedom and opportunity to set up a second studio in Amsterdam in 2003. Not long after switching continents, Eddie collaborated with fellow American producer Ian Carey under the moniker ‘Saturated Soul.’ The duo had a string of productions and remixes including ‘Got To Release’ on Defected Records & ‘Say What You Want’ on Nero. Meanwhile, Eddie was still turning out prime cuts for Yoshitoshi including “Shake It” in 2005 and “6am” in 2006. Eddie moved back to Los Angeles in 2007 and began remixing platinum recording artists Leela James, Michael Buble, and Seal for Warner Bros. Records and Reprise Records. He became part of the exclusive group to remix Madonna’s “GIVE IT TO ME” from her Hard Candy Album which became #1 on Billboards Hot Dance Club Play Chart. He’s gone on to remix Yoko Ono (#1), The Veronicas, Alanis Morissette, Sliimy, Donna Summer (#1), Chris Willis (#1), Kimberly Cole, Jason Derulo, and Kerli (#1).Eddie continues to be sought after for his productions and remixes and continues to pour his soul and excitement into the ever expanding world of electronic dance music.