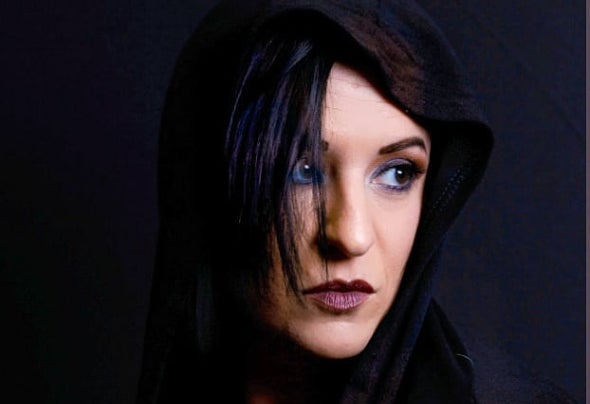 Blu 9 is a Chicago born and raised dj/producer within the underground house/techno scene. Often called the chameleon, being able to seamlessly move through house and techno and bringing a significant energy to events she plays. Art and music always being a priority and focus, learning violin at 7, followed by composition and interest in piano and percussion. This is echoed in her productions which often fuse electric violin with percussion instruments and string elements, and can be found on many labels with a rich organic sound. Once open, Blu will return to her residency at Primary Night Club in Chicago (Summer of 2021). Blu is an artist for Apart Agency based out of Milwaukee. A regular on the decks at well-known Chicago venues such as Primary (resident dj), Spybar, Smartbar, Estate, Exit, Celeste, Hydrate, Prysm, Electric Hotel, Cerise, Smartbar, LeNocturne, Replay- Lakeview, The Mid and Soundbar, as well as underground events such as Rituals and Paradigm Presents to local festivals Mamby, Spring Awakening Music Festival, and Pride. She is scheduled to play at the upcoming ARC Festival happening this September in Chicago. Blu 9 has become a Model 1 ambassador, the only Chicago based artist holding the only Model 1 mixer in the area. Exposing various Chicago artists to the unique mixer has been an exciting and a rewarding challenge the past few years. “I love watching those experiencing it for the first time and hearing the various element this mixer brings out in tracks and instruments. The mixer is smooth and silky. However, it is not for beginners. It is a very unforgiving piece of equipment and pushes you as a dj to listen to your music and sound. “  Since the spring of 2021, Blu has a weekly livestream show on FarrisWheel TV called Shades of Blu, which highlights female djs/producers as well as those within the LGBTQ+ community, not limited to Chicago but all over the country and world.