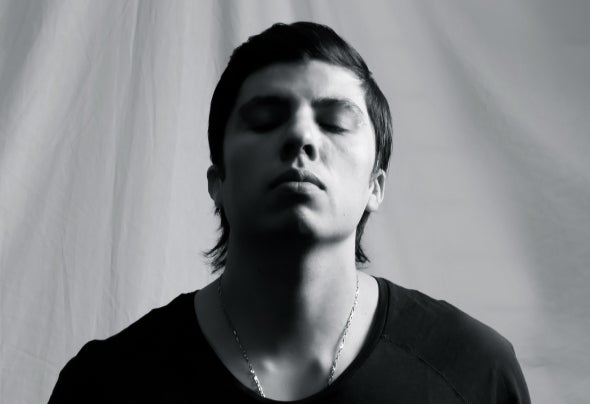 Oswaldo Ar : is a Mexican musician born on December 19, 1981 in Mexico City where he began to know and feel love for electronic music since very small.In 1993 he was when he started his atracccion to know more about this field of music, and so interested in the everyday sounds such as mechanical noise, rattles, screams and other sound objects to were musical sounds and influences of renowned DJs and international producers as Kraftwere ,Liaisons Dangereuses ,Tragic Error , Daft Punk, Plastikman, Hardfloor, Dietrich Schoenemann, Laurent Garnier, , Svent Vath to name a few were one of his many inspirations to begin to achieve their dream of mixing and producing his own music texture.In 2001 already quite focused on what would be his style, was when he decided to take different paths to achieve their goal and when he plan to travel to USA where he began performing as a DJ, practicing and paying attention to the smallest details of their mixtures. years later they moved to Chicago where they already started with all his experience playing in various clubs and producing his own music focused on his mysterious minimal deep sound.He began to have more contact on the electronic scene and played with several dj's and producers like Troy Pierce, Tim Baker, Marc Houle, Tony Rohr , Nortec, Ramiro Puente and many more..Oswaldo Segundo Arias aka Oswaldo Ar is a characterized by their energetic sets, and his weird Minimal dark sound its handiness and technique with the turntables with his cheerful Minimal sound with a dark dance creates an environment in which you can not resist you.