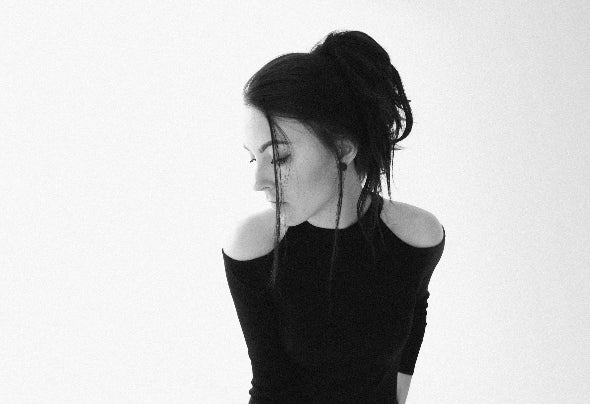 Born in Lithuania, based in Germany, Hamandra (Indre Komskyte) grew up with music and its various genres. She was only an electronic music lover until 2014 when she met her soulmate, who guided her through a journey of self-discovery as a music producer. Production has been her beloved hobby ever since. Influenced by such artists as Ektoplazma, Apex Twin, Scuba, Ben Klock, Boxcutter, Hamandra's production blends Minimal Techno and sometimes Experimental Electronica rhythms with bright melancholic atmospheres, leading to extended breakdowns, creating an unparalleled journey with every track. Inspiration for Hamandra mostly comes from everything related to space and the universe – unknown and incomprehensible to the mind but so familiar to the soul. Hamandra is a podcast resident and artist at Plazma Records and is mostly known for her recent EP "Ancient Astronauts", and remixes for Deuce Parks's "Degenerate Souls" and Adriana Ray's "Time Wave" tracks. Even though Hamandra has been mixing music since 2016, her debut as a DJ transpired at Plazma Records Showcase in 2020, in Zermatt, Switzerland. The sets of Hamandra usually moves in-between experimental sounds and a minimalist, atmospheric, raw, hypnotic Techno.