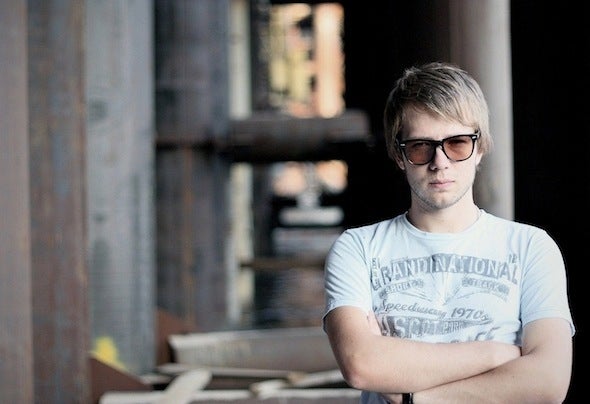 The ukrainian DJ and producer Antoine Caesar can be compared with a prospector who daily going through tons of mud and sand, seeking out nuggets of gold. And then show time. Thanks to the refined taste and experience of Antoine Caesar the nuggets receive proper cut and not only please the eye, but excites the imagination with their shapes and colors. The process of finding and faceting of young talents began in 2008 with the founding of the label Indeks Music, whose production whot is not surprising has been long a demanding export. It is so hard to find rare and original sound in a world where everything is run by clones. However, as practice shows, the steering Indeks Music can always surprise the lowers of stylish techno and minimal sound . At that moment the label have very promising artists from Ukraine, Russia, France, including Timur Valiev, Egor Boss, Rudolph Palladino, Andrei Fiber, Dee Mares, Ishome, Unbalance, Etapp Kyle. I must say that for many of them collaboration with Indeks Music became a new stage of creative activity in their lives. In this turn, innovative producer like Richie Hawtin, Laurent Garnier, Speedy J, DJ 3000, Gary Beck, Dave Seaman, Alex Bau, Dubfire, Nick Warren, Secret Cinema, Ellen Allien, Luciano, Secret Cinema, Pig & Dan, Fergie estimated releases of the label and playing them into their sets and compilations. Of course, the tireless activity of the label is not limit for Antoine Caesar. Nowadays Antoine is one of rare list of Ukrainian DJs, who possess not commercial electronic music sounding, compiling British and German origins. Antoine Caesar's have been broadcasting for two years his radio show В«Fucking FamousВ» at the German radio Klangenstase and the Ukrainian Kiss FM has the project Clubheads, where Antoine Caesar became the producer. The special attention deserves production work one of the major figures of Ukrainian techno stage. His first steps in writing music Antoine Caesar did in 2008.The debut release was a dynamic Star Fuck, released by the label Really Really Big Rec. In addition to brilliant debut, the trademark of Antoine Caesar is a track with Egor Boss "What's your name", which sounds on the global dance floors, also a series of "Hanjo" on the label Really Really Big Rec and a special attention should be payd to the joint work with Timur Valiev В«Le MagВ», which received full support from Laurent Garnier, Troy Pierce, Chaim, Slam, Stephan Bodzin, Tom Hades, and many other giants of the club industry. This enormous work brings the reputation of many recognized representatives of techno culture, who has already knocked the door to support the development and production of the next creations.