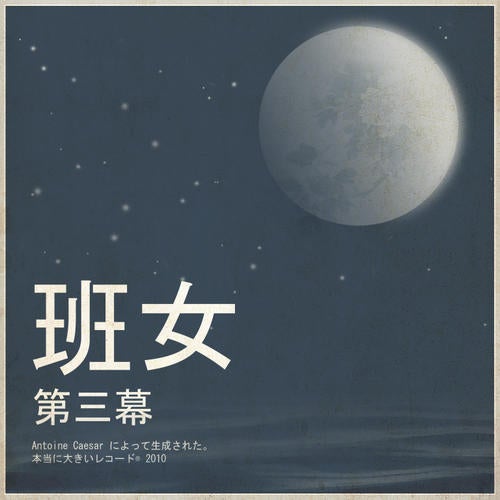 Hanjo: The Third Act is the final episode from the series of releases, dedicated to Japanese Noh theatre play by Yukio Mishima Hanjo, which was prepared by Really Really Big Records® and Ukrainian techno DJ/producer Antoine Caesar.

The main aim of Hanjo series is to attract listeners' attention to classic traditions of Japanese Noh Theatre, and to extend perception of techno music beyond the standard frameworks. We sincerely believe that cultural interrelation may exist between even so radically different for the first sight phenomena. The series will include two acts and intermission.

Hanjo is the name of the emperor's mistress who lived at the time of the early Han dynasty in ancient China and was in the emperor's favor. However, he gradually forgot her and finally abandoned her. She wrote a poem, reflecting on her situation through the metaphor of a fan used in summer and thrown away in autumn. From this episode, Hanjo became a catch-word, describing any woman who has been abandoned by a man.