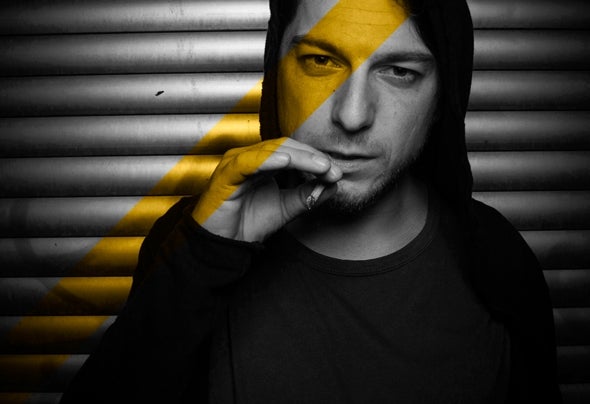 With a scientific approach and an artistic perspective, electronic music has become a mission in Bee Lincoln’s life. Mainly he feels like an ambassador of this subculture, which expresses in being a passionate DJ, producer, event manager, writer and thinker. Energetic, positive and open- minded he presents the way of his love to the music. DJing since 14 years, he is nowadays based in Berlin and spreads his joy to the scene in different ways. Besides playing regularly in many of the cities underground clubs like Golden Gate, Kosmonaut or Chalet Club, he is always up to present big-named and fresh artists to the people.After doing the weekly Thursday slot at +4bar/Tresor Club called Foreplay” for more than 2 years, he changed through Hummmpday on Wednesdays at Arena Club to the recent Thursday spot at Crack Bellmer, where the as usual.-series is settled. Moreover he played gigs at national open-air festivals (e.g. Fusion Festival) and in European cities like London, Moscow, Vienna, Zürich or Stockholm.As well he is a much-respected guest in Asian countries like Japan, Thailand, Indonesia and Malaysia. Especially in Japan his release “Gamma Ray Burst EP” on Luos Recordings and the following remix on vinyl label Questo?! Music worked very well, so he played his second tour in some of Japans most renowned clubs.Always with a smile on his face, he catches the crowds in his sets by picking them up and bringing them subconsciously on a trip. Don’t try to define his style, it probably won’t be easy. Some people see him as a rider of contemporary deeptech sounds, but each set is unique and finally somewhere in the space between house and techno, as he is an addicted digger and loves to play enchanting sundowners, as well as kick-your-ass-sets.