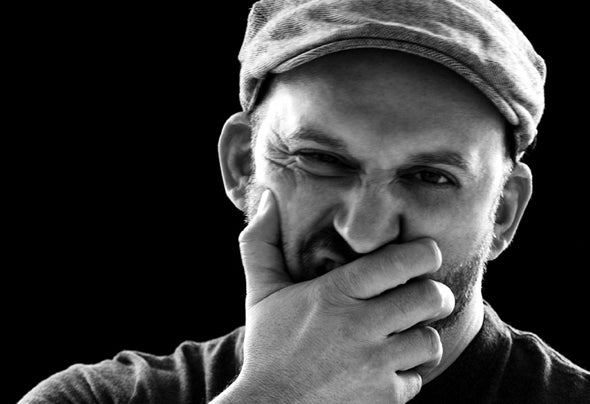 Ladislav Agabekov aka LAD is a multi-talented and experienced artist to say the least. Since his first steps into music, twenty years go, he has constantly been searching for new boundaries to break. Starting with piano and guitar, he has been performing in several touring bands such as the swiss hardcore- metal legend NOSTROMO before emerging into the world of electronic music.Sometimes, big changes occur and, deep inside, you know that's the way it should be. In this case, there's no room for doubt. This is pretty much what happened to LAD when he fell in love with electronica, around 1998: it was a revelation. He immediately started djing, first in Switzerland, then abroad as well, sharing stages and booths with friends and influential artists such as Dandy Jack, Quenum, Andrès Garcia, Sonja Moonear, Detroit Grand Pubahs, Dave the Hustler or Niels.The nat ural cont inuat ion t o t his advent ure was production -another field he has been successful in-, collaborating first with his Friend Dave The Hustler to release the mesmerizing hit “ERA BULGARIS” on Num Records in 2007. LAD also has collaborated with Quenum for a release on Dandy Jack's imprint, RUTA 5 and on a release for New-York's THEMA RECORDINGS.Since then, LAD satisfied his ever growing need to experiment by collaborating on different projects, brilliantly juggling his dancefloor-burning dj sets and the more introspective aspects of music creation. In 2011, he produced the soundtrack of a movie called “He was a giant with brown eyes” and worked on a track with the electronic sorceress Kate Wax on this occasion, creating a strong and sensitive interaction between voice and machines.LAD has now launched his long-time premeditated project of giving birt h t o his own imprint . CADUCEUS RECORDS is in the game: his ultimate movement for artistic freedom is aiming to make its way to the finest of the electronic scene under the motto 'Nothing rests, everything moves, everything vibrates, everything is music'.