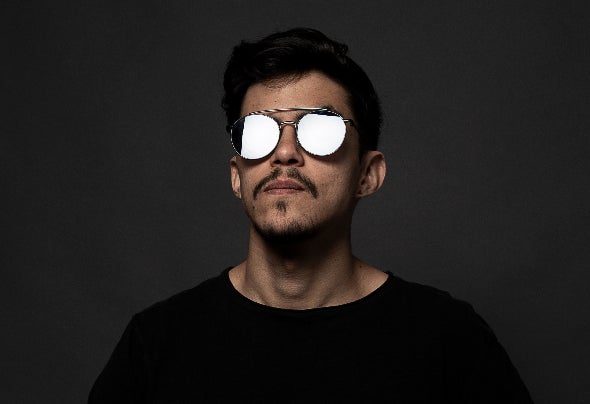 Demian Ormaza (DAMN) was born in 1993 in Quito-Ecuador, a city located in the half of the world surrounded by beautiful nature and exotic places. Since he was 6 years old he discovered his passion for the music. He changed cars and toys for instruments like piano and battery. At the age of 12, he started his musical life with piano lessons in a musical academy in the Valley of Quito. He also participated in the chorus of two churches of his neighborhood. Three years after, he was the vocalist of a musical band conformed by his school friends, they used to perform covers. Crazy for the music, Demian began to think in a different way, he got tired of the covers, so he decided to create another musical band called Blue Kush focused in Indie-Rock, but with the idea of creating their own themes. After recording the first EP with Blue Kush, at the age of 18 the passion for electronic music appeared when he discovered the magic of mixing different types of sound. Demian began to learn how to play electronic music in a academy of Quito called Ear Catcher Dj Academy. He started out mixing drum & bass and dubstep. After a few months he decided to study musical production at UDLA. During his career, he made two EP’s of drum&bass, dubstep, rap and electro. Thanks to the success of the EP’s, Demian did the warm up for Cyberpunkers in a presentation. He continued making events and also playing at different festivals and events in Ecuador. At the end of his university career, he decided to present an album with six tracks. In the process of creating the tracks, he discovered a new love for another type of styles: techno and minimal. He has performed with artists like: Joyce Muniz, Anthea, Lamache, Alci, Subban, Miguel Puente, Cuo Klimax, Rebeca Ark, La Femme, Lamat. Now a days, Demian is focused in his live performances for the coming projects.