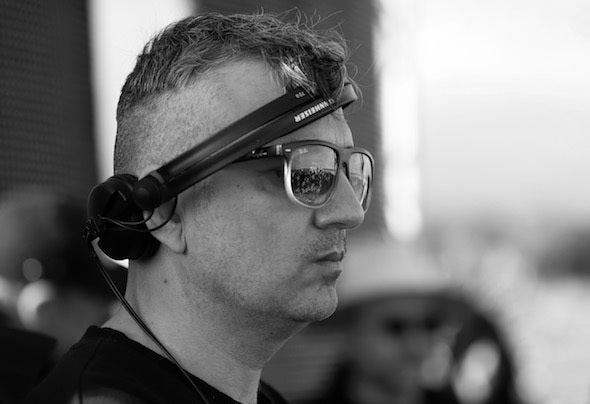 Mata Jones was born in a small town in the south-center of Italy, he cultivated his passion for electronic music since he was 13. He musically started at the Mazoom in year 2000, where thanks to his DJ sets and his presence on the console, he was soon noticed by best italian promoters, as happened with the historical Parthenopean crew Angels of Love. He shared the console with the best DJs in the world, including Matthias Tanzmann, Stefano Noferini, Joseph Capriati, Luciano, Louie Vega, Carl Cox, Ralf, Davide Squillace, Anané and many other bigs of electronic music. After a careful musical growth, in 2010 he started producing and his sound "mixed" between house, techno and minimal, influenced by melodic Latin rhythms, immediately got attentions from important figures such as Marco Carola, Loco Dice, Leon etc... Thanks to his musically wide range vision, today Mata Jones has signed contracts with several world famous record labels, including: Stefano Noferini's Deeperfect (winner of the best label in the world in 2018 according to the Dj Awards), Viva Music by Steve Lawler, Undr The Radr by Roger Sanchez, Roush by Hector Couto, Material, Lapsus Music and many other labels of a certain thickness that led him to be several times in Top 10 chart of the best online sales portals, like Beatport, Traxsource, iTunes etc ... He’s been guest in several international Radio and Web Radio stations, every year he is invited for a livestreaming in the famous program It's all about the music (Music On webradio), which broadcasts on Ibiza Global Radio.