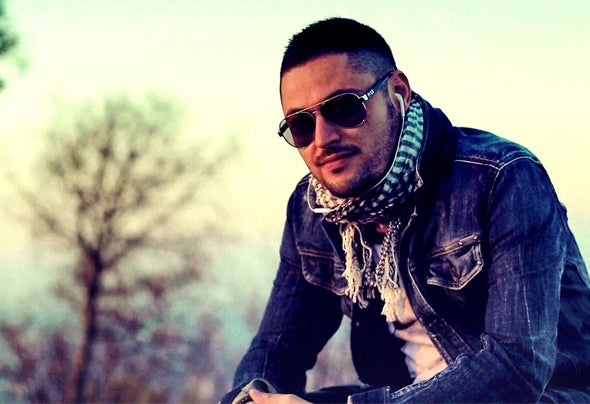 Smooth, groovy, deep and techy vibes, that encompass the pure House sound… Even those adjectives are not enough to describe Pepo's passion for music. A Bulgarian producer, originally from the ancient city of Plovdiv, he is one of the most respected contemporary musicians in Eastern Europe. Pepo started DJing when he was 16 years old. He realized that’s where he would direct his future. In 1997, DJ's Pepo, Pacho and Erik decided to make their dreams reality and create a promotions company called Ellectrica Promotions.They began organizing legendary concept parties and festivals around Eastern Europe. At the same time they started building their first professional DJ booking agency in Bulgaria - E-booking 2001and Pepo & Pacho's first record label - Ellectrica Recordings in 2007. Since then Ellectrica has become one of the most successful labels in the Balkans and has became the strongest house movement for young people. Aside from Ellectrica, DJ Pepo has also produced for various foreigin record labels such as the world famous Stereo Productions, SK Supreme, Factomania, Soulman, Nervine. He has produced more than 30 tracks up until 2011 and his compositions have been remixed by world known names such as TigerSkin (GER), Carlo Lio (CND), Sergio Fernández (ES), Renace a.k.a. AFFKT (ES), Manuel de la Mare (IT), Mikalogic (PT). He has remixed tracks from DJ Chus, Ronan Portela, Roberto Palmero among others. You can find them in the highest rated online music shops. His productions have been played in mix sessions of: Marco Carola (IT), Dubfire, Paco Osuna (ES), Mikalogic (PT), Manuel de la Mare (IT), David Herrero, Marcelo Castelli, Supernova, Hemranez, Danny Serrano, DJ PP, Sabb, Ismael Rivas, SIS, Wally Lopez.Pepo's music is a colorful combination of House rhythms, supported by vocal elements. To further his career and open his mind to new artistic possibilities, Pepo became one of the founders of the next two record companies for the Eastern European music market: Clonning Sound, established in 2009 (intelligent techno and deeptech vibes) and Stolen Soul Music in 2010 (recognized by deephouse and soulful lightsounds for people who love vocal breeze and uplifting tunes). Thanks to his hard work and impressive talent Pepo and his partner Pacho have been nominated in 14 categories for national DJ Awards Bulgaria in 2010. They won 4 of them: “Best DJ of The Year Bulgaria” – Pepo & Pacho, “Best DJ Booking Agency” – E-Booking, “Best Bulgarian DJ Record Label – Stolen Soul Music” and “Best Bulgarian DJ Remix “ – DJ Chus – Harmonica Track (Pacho & Pepo remix). As one of the most respected Djs and producers in Bulgaria, Pepo has residencies at the most prestigious clubs all over the country. He has also performed in many clubs around the world - London (UK), Malta, Ibiza (ES), Canary Islands (ES), Miami (USA), Chicago (USA), Lausanne, (SZ).