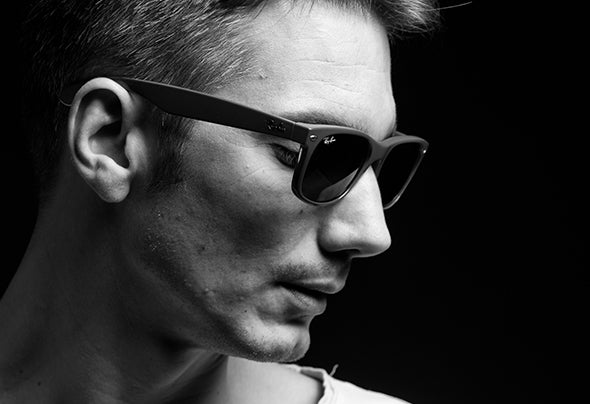 « None of us know what Bruno retains from Orson Wells or Kane, and surely we could relate his music to the timeless apologues of the american director and to God's cursed son but Citizen Kain has now became a proper name around the techno scene and one of his main actor, almost relegating these mythical references to mere anecdotes.It didn't take millenaries, nor one century but only half a decade for the french DJ to divert us from it and to demonstrate the evenly universality of his compositions. Escaped from his juvenile punk times, survivor of the nineties's rave ambient, he, from 2005 and now on, eagerly produce a sharp techno, invariably wavy and contemporary, adapting with his personality what goes trough and agitate it. It's barely impossible to define Citizen Kain's style without getting lost with tortuous adjectives. Prolific author, either compulsive, he takes on every techno genders smoothly with an experienced technique: he combines a rhythm efficiency, an undisputed go with a varied melodious sensibility. He refines all the themes he uses in his music, conserving the very essential, the few notes and sounds that reveal its power. He pushes his effort toward the public, craving for its immediate pleasures. He builds each of his sets with the same and constant preoccupation: get the audience involved with his music, unanimously clasped by its twisted energy and surrounded by the mere and heavy emotion resulting.Thus it's not surprising to see the variety, as his talents are that polyvalent, of the personalities gaging his production: Richie Hawtin, Dubfire, Slam, Martin Eyerer, Agoria, Tomcraft, Len Faki, Maetrik, Monika Kruse, Dave Clarke, John Acquaviva, Joseph Capriati, Mihalis Safras ... so many monuments of the electronic music who also back his own label established in 2009: Neverending. Not only an usual stage in a successful career, its the occasion for him to spread further his creativity and narrow his scope too. The label communicate discreetly, concentrating all its energies in the work of sound, keeping away all the superficial aspects of the industry to produce the sound that bustles the clubs. The french label will celebrate its third year of passionate dedication to dance floors soon. »