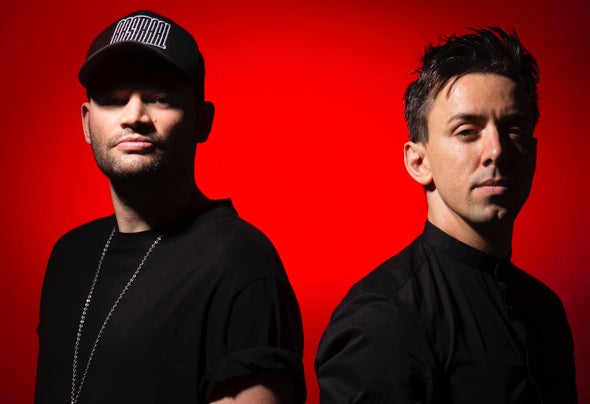 When Tutti & Castelz formed the duo Abstraal, they never imagined how fast they would rise to an elite status in the electronic music scene and be considered amongst Melodic Techno ́s up and coming royalty. Their futuristic sounds have led them to work in the studio with iconic acts like Olivier Giacomotto, Teenage Mutants, Popof, Rafael Cerato, Danito & Athina, Diynamic Music’s Giza and so many other world renowned acts. Snatched up by the Family Piknik brand in 2019, they have released with industry-leading labels time and time again such as Black Roses, Somatic, Jannowitz, Tube & Berger’s Zehn Records, Matchy’s imprit Beyond Now, and of course numerous releases with Family Piknik Music, who invited them to play along with artist such as Artbat, Adana Twins on its festival’s main stage. Beyond DJing and producing, Abstraal are dictating trends in dance music in many other ways. "Based on Real Facts" is their monthly radio show on Istreem Radio and they have hosted guests like Moonwalk, BOg, Glowal, Citizen Kain, Space Motion, Erly Tepshi, Nico Morano and Abstraal is also a monthly guest on Maxximum Radio "Panoramaxx invites Abstraal" broadcasted globally where listeners can find the best new melodic house & techno tunes on the planet. 2020 and 2021 have been absolute breakout years for this French duo from Lyon with an appearance at the crown jewel of events CERCLE, Tale of Us playing their releases almost nightly during their summer tour and legends Sasha & Digweed playing on of their latest remixes at Miami’s world famous SPACE. Their music is also played all over the world by artist as Oostil, Joris Voorn & more strong acts... The sky is the limit for these young super producers who will be touring internationally for years to come and releasing tremendous music on the world’s leading labels. “We are born from the elastic union of astral scientists in a secret lab“