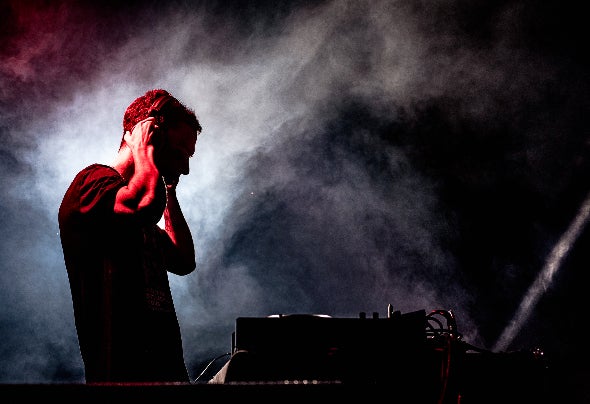 A true planeswalker, Ezequiel Arias can only be defined as the future of Progressive House. His production skills and technique behind the decks mesmerize global crowds as Ezequiel conjures infinite worlds through his vision, and his music has become a synonym for raw energy. With delectable grooves at its very foundations, Arias imagines vivid, wide-screen landscapes from other realms that send dancefloors into deep, reflective journeys. With miles on his soles, Ezequiel has gone from strength to strength since his breakout hit remix for Galestian’s ‘Tell Me’ became a certified showstopper back in 2017. Fast-forward and the Argentine maverick is a staple of Hernán Cattáneo’s Sudbeat brand and has graced some of the most important imprints in electronica like Anjunadeep, Balance, and Suara; while his sound is championed by globe-trotting tastemakers like Nick Warren, Yotto, Dosem, and Guy Mantzur. His participation in compilations such as Cattáneo’s ‘Sunsetstrip', the iconic 'Balance Music' series, or his blinding ‘Solar’ contribution to Jody Wisternoff & James Grant’s ‘Anjunadeep 12’ reaffirm his talent and incredible potential. By now, Ezequiel Arias has cemented his place in Progressive House with performances at venues and events like D.Edge Festival (Sao Paulo), The Bow (Buenos Aires), Akvarium (Budapest), Wrapp Club (St. Petersburg), Resonancia Festival (Brazil), and career-defining warm-up sets for Hernán Cattáneo at Cordoba’s Forja. More than a performing act, Ezequiel has recently imparted lessons during Aulart’s acclaimed ‘Sudbeat Bootcamp’, leading the next generation of Progressive producers into the future.