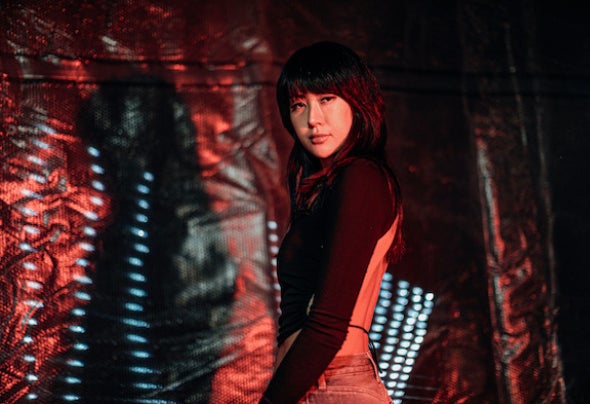 Born and raised in the snowy city of Sapporo, Qrion began making her own sounds in high school as a hobby by using her phone. Taking inspiration from all the environments at her whim, Qrion’s signature sound oozes genuine artistry. She uses the noise of the world around her to create intimate songs anchored by energetic beats and lush synth textures. Ranging from soft, exquisite beats to ‘90s-adjacent dancefloor numbers, Qrion delivers a versatile flair to electronic music. There’s a reason why she was named on Forbes Japan’s 30 Under 30 list: since the inception of her musical career, Qrion has become a staple on revered labels such as Anjunadeep, Last Night On Earth, Mad Decent, Ultra Music, and more. Her one-of-a-kind style has garnered support from BBC Radio 1’s Danny Howard, Pete Tong, and Sian Eleri along with industry figures Anna Lunoe, Mall Grab, Todd Edwards, and Lane 8. Beyond her compelling original productions, Qrion proves her mettle as an excellent remixer, too. She’s lent her future-focused sound to artists such as Alina Baraz, Lane 8, Catching Flies, TOKiMONSTA, and more to elevate a variety of songs across the electronic spectrum. Recognized by Spotify’s EQUAL Program with a billboard in New York City’s Times Square, Qrion demonstrated her meteoric rise throughout 2021: Qrion released her debut full-length record I Hope It Lasts Forever via Anjunadeep, her most breathtaking work to date. Along with the release of her single “Monolith” via Last Night On Earth, Qrion was awarded the title of DJ Mag’s 2021 Future Star and was included in Billboard’s 20 Best Dance Albums in 2021. In addition to her album, Qrion took her release schedule to the next level with remixes for Gabriel & Dresden, Flownn, Apashe, and Catching Flies. To commemorate her debut album, Qrion embarked on her headlining I Hope It Lasts Forever tour across North America to bring her latest sounds to over 20 cities. Since the start of her career, Qrion has supported leading acts such as Meduza, deadmau5, Above & Beyond, Porter Robinson, Lane 8, and more.