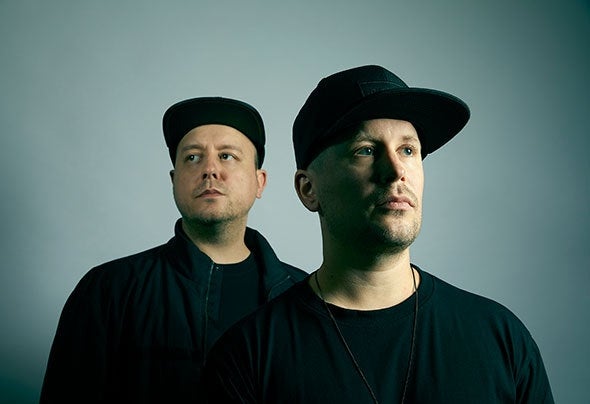 Over the past few years British drum & bass producers Hybrid Minds have broken out as one of the most important acts in the scene. Defining a new era of liquid D&B, they flow between exquisite vocal melodies and high octane productions, creating the innovative and unique sound they’ve become known for. Comprised of longtime friends Josh White and Matt Lowe, the boys work across everything together from studios at opposite ends of the country, taking in both their influences from all ends of the musical spectrum to create smooth sounding, yet addictively danceable tracks that are every bit as relevant for a main stage festival slot as they are at a late night afterparty. Ever since their inception back in 2011, the boys have received plaudits for their musical output, including high praise for their debut album ‘Mountains’ and it’s follow up ‘Elements’. With fan favourites ‘Higher Love’ ft. Charlotte Haining, ‘Supernova’ ft. Catching Cairo (which earned a coveted sync on TOWIE) and more all hitting streams into the millions, Hybrid Mind’s biggest hit to date, ‘Touch’ feat Tiffani Juno has racked up over 10 million plays on Spotify alone, while their latest release ‘Drowning In You’ featuring Fred V is shaping up to be the same. Also gaining regular support from the UKF community, Hybrid Minds have received multiple exclusive uploads, featured on their UKF10 compilation and their On Air mix is now the most viewed studio mix by any act on the channel, racking up almost 1 million plays. After building up an ever growing and dedicated fan base, the duo have witnessed a completely unique and organic explosion across every aspect of their career, and their success has seen them perform at some of the world’s biggest festivals including Let It Roll, Liquicity, Rampage, and FM4 Festival in Austria. The uncompromising beauty of their music, coupled with an unerring instinct for connecting with an audience, means that witnessing their DJ sets, often accompanied by regular MC Tempza, is an out of this world experience for all true D&B fans. Performing to a sold out crowd all night long at Brixton’s Electric in 2019 and selling out the prestigious 4000 cap London venue Printworks for 2020 in under 24 hours, Hybrid Minds will have completed a full UK wide Outline tour by the end of this year. Joined by fan favourites MC Tempza and vocalist Charlotte Haining as part of a 9 date explosive run of shows, the tour will also feature an all new stage production. With more brand new music also on the horizon, including some exciting collaborations and remixes with some new partners, a summer packed to the rafters with huge festival dates including Let It Roll, Creamfields, We Are FSTVL and NASS, as well as the Outline tour, 2020 will bring a whole new perspective and add another chapter to the ever evolving Hybrid Minds story.