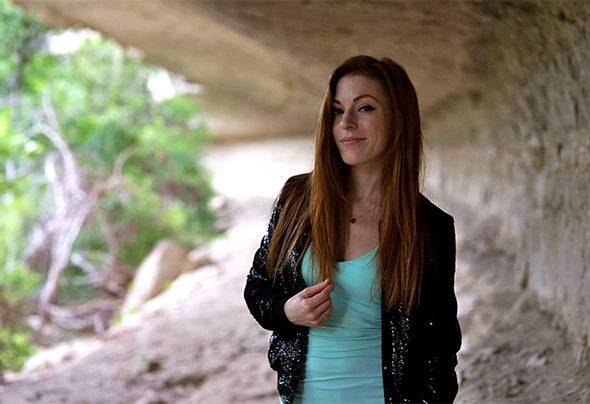 Kerry Leva is an electronic music producer, singer/songwriter, and pianist from Boston. In her early years, Kerry was often writing solo piano pieces inspired by the works of Vince Guaraldi and George Winston, but later went on to study Music Synthesis at Berklee College of Music. It was during that time that she developed a love for electronic music, and shortly thereafter began collaborating as a vocalist on releases such as 'Anywhere With You Is Home' (with Matt Lange), 'Memorial (You Were Loved)' (with Ad Brown), and, most recently and notably, 'In And Out Of Phase' (with Andrew Bayer and Matt Lange).Where many EDM vocalists are content to focus on their singing careers, Kerry broke through as a prolific producer in her own rite, with her remix of 'As The Rain Falls' (with Ad Brown and Matt Lange) earning support from Above & Beyond and other EDM notables. The end of 2012 brought the release of Kerry's first solo EP, 'Let It Fade,' which has been supported by Blake Jarrell, among others.With a voice often called 'angelic' and a production style often referred to as 'pristine,' 'lush,' and full of attention to detail, Kerry certainly is an artist to watch in 2013, as she continues to push boundaries as both a producer and writer, with several EPs to be released later in the year, ranging from ambient to EDM to pop.