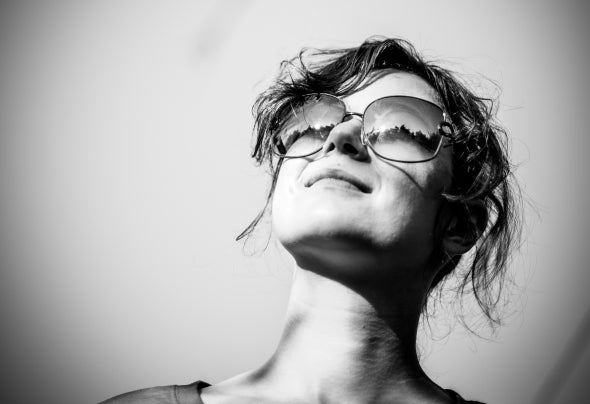 Miss Soulfly shows interest in music in a very early age, soshe finished primary music school playing piano. After thatshe plays the guitar on her own. At the end of 90s, when inhigh school, she starts to notice electronic music, and startsto attend every party nearby: listening, absorbing, learningand dancing. Music was always in her soul.In April 2007 she applied to a dj contest and won the thirdplace, against strong competition of two dozen young andpromising djs. After that, the gigs just kept on coming.With her style and charisma she instantly won the floor. Shedescribes her style like groovy and melodic sounds withtech and minimal elements, but with influence of all musicgenres. She just loves the music that will make your heartbump!She played all over Croatia, Slovenia, Italy, Serbia, Bosniaand Herzegovina and Macedonia in many clubs. A fewyears ago she also became an active member of UrbanDivas, a project for promotion of female DJ's and artists, andshe had a chance to play at several party's in Sloveniaunder their organization.Recently she gained Audio Engineering Diploma at SAEUniversity of Ljubljana and now she is collecting moreknowledge and experience as a sound engineer andproducer, which can only lead to supremacy inunderstanding the background of the music she plays andin making some new excellent grooves.Miss Soulfly is the young, fresh blood of local electronicscene, not limited with expectations or authority. But whenshe’s playing from the heart, like she always does, hertendency is to spread all over you and into you, so today’sstrength is tomorrow’s international superpower.