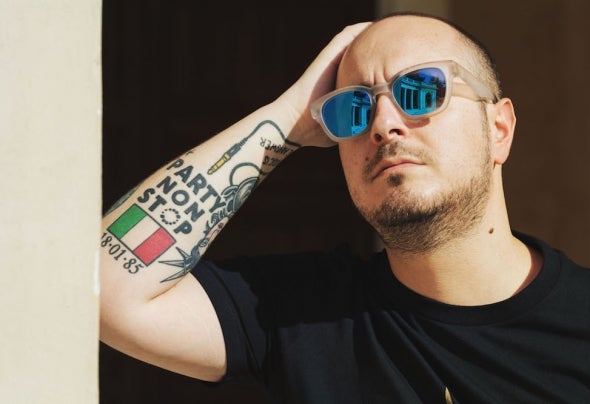 What Pirupa has accomplished in the last years is astounding and this is just the tip of the iceberg, making him one of the producers and DJs you have to watch.A talented DJ/producer from Italy, Pirupa has recently separated himself from the pack of successful producers by topping beatport's charts with his last releases. Now with two of the most downloaded tracks on Beatport "Sweet Devil" in 2009 , "Get Funky" in 2010 and "Party Non Stop" in 2012, the sky's the limit for this relentless talent from the small peninsula.Signed to impressive (well known) dance record labels in the world (Drumcode, Crosstown Rebels, Desolat, Intec Digital, Get Physical, Defected, Cècille, Viva Music, Saved, Noir Music, Rebirth, Snatch! Records, Suara, Stereo) Pirupa has remixed many great artists likes Sharam and the legendary Jamiroquai for Universal.Pirupa has accomplished this in a short period of time, building a reputation that takes most artists a lifetime to achieve. A feat like this can cause some people to sit back, relax, and acknowledge their own success but this has only caused Pirupa to work harder with new hot releases!His success in the studio led to rank at #11 in the Top100 Most Charted Artists of 2010 on Resident Advisor and has landed Pirupa gigs at some of the most prestigious clubs in the world, gracing the decks of many leading venues and festivals.His "Party Non Stop", first released on Desolat and then on Defected, has been awarded "Track of the Season" at the Ibiza DJ Awards 2012 and has also been the most charted track on Resident Advisor for the whole 2012.In 2015 he launched a brand new label called NONSTOP, representing his love for House and Techno music. After less than a year It’s one of Breaktrough Underground label at Beatport 2015 awards.