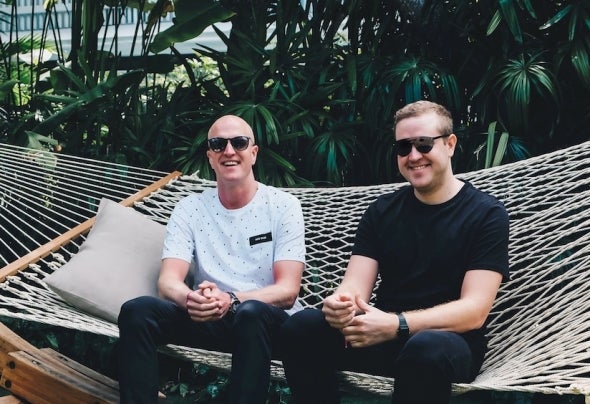 On a mission to deliver feel-good and dance-ready creations, ManyFew are the talented production duo based in Stockholm, Sweden. Bringing their blend of house and disco to the dance music world over the past few years, Jacob and Victor Andersson are brothers by blood and best friends by choice. Releasing a steady stream of club and radio-ready originals that have caught the attention of industry heavyweights. Their dance floor filler ‘Where To Go’ Ft. Twiggy reached #10 in the Music Week Upfront Club Chart and their summer-tinged single ‘Ibiza’ rocketed to #9 on the Upfront Club Chart and received support from Future House King Oliver Heldens. Their other tracks have been supported by the likes of Don Diablo, Thomas Gold, Lost Frequencies, Chuckie and Cedric Gervais. ManyFew are featured in ’DJ Mag’ as a Fresh act rising to the top: "The self-taught duo exude a passion for producing wildly digestible tunes that unwittingly get you up and moving". The duo are also featured in the world’s biggest magazine for music creators ’Computer Music’, a 2-pages interview where they show some of their production secrets. Also the brothers reached #5 in Music Week Upfront Club Chart with their self-released song ’Still in Love’. Their following record ’Closer Love feat. Twiggy’ has gained over 660k plays on Youtube and their own VIP Mix of the song has been supported worldwide on radio stations like Kiss FM (UK) and Sirius XM. Following shortly after their release ‘Makin’ Love’ on Perfect Havoc, supported by David Guetta, Oliver Heldens, Don Diablo and playlisted on Kiss FM Dance and being selected as one of DJ Mag’s ‘12 emerging artists you need to hear’, ManyFew continue on their hot streak with ‘For You’ as Axtone’s nal label release of the decade. Delivering their monthly ’Electronic Heaven’ radio show with over 500k monthly listeners world wide, ManyFew continue to make their mark on the dance music scene.