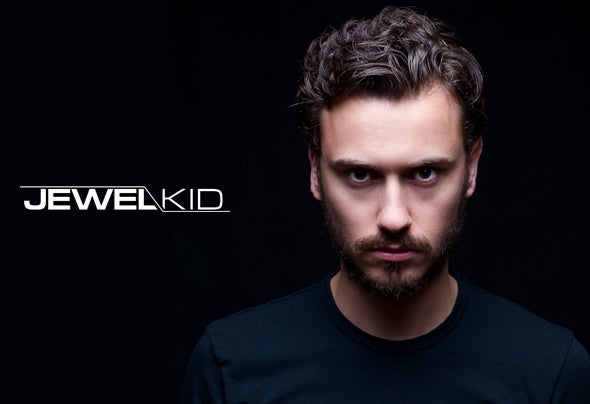 Jewel Kid was born in Malta and Climbed on the Music Train way back when he was still illegal to enter clubs. A decade in, and this journey has fast tracked from Dj to Producer with a one way ticket to success. He is the Winner of the Carl Cox Worldwide remix competition held by Beatport for "Best House Remix and Awarded Best Dance Production at the Malta Music Awards 2011.Conductor of numerous tracks in Beatport's Top 100 Charts, Weekly Radio Show Host on Ibiza Global Radio and in 2011 founder of Alleanza Recordings.Like a bullet marking it's target Jewel Kid shot releases with labels such as Global Underground, Soma, Tronic, Break New soil, Bitten, Cr2, Starlight, Nervous and now his own Alleanza. These are few of the greats behind his name.Still holding a great presence in Malta's leading underground stations, he is the host every Saturday at Clique without skipping a beat.From different platforms around the world he has embraced the privilege of holding golden tickets and an international gig schedule playing in clubs such as Space (Ibiza) ,Le Bonk (Finland), Eazy (Brazil), Air (Holland), Thally Festival (Brazil), Sankeys (Ibiza) and more.The Journey is in full speed with a mind full of music and a hand full of dreams - his tiredless commitment and versatile music will differ Jewel Kid from any other artist around. He has created a theatre of music for other masters to play and followers to join.