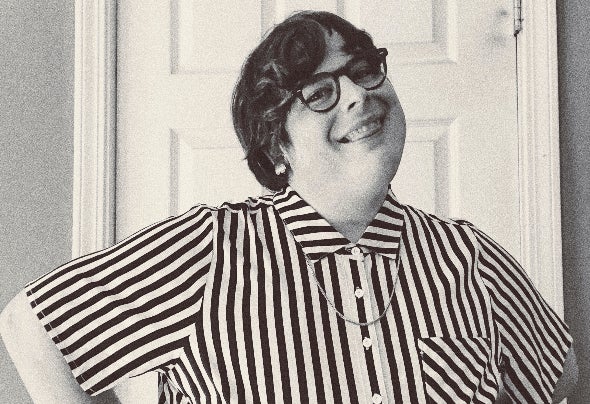 Baby Weight (formerly zacheser), aka Cara Eser, is a DJ, producer, and label boss from Washington, D.C. who has gained notoriety for her "chunky" style of dance music. Her "heart on your sleeve" mentality, genre bending sound, and advocacy for more inclusivity within dance music has earned her the respect of peers like Kevin Knapp, Walker & Royce, Shiba San, Steve Darko, Sacha Robotti, Treasure Fingers, and The Blessed Madonna among others. In 2017, Eser founded the label Chub Rub which they use to showcase emerging sounds from under the radar artists across the house music spectrum. Under her direction, Chub Rub has amassed a cult following curated around quirkiness, community, and diversity. In 2019, her debut album ‘Phases’ peaked in multiple Top 10 charts on Beatport and spawned an equally as popular remix album. In 2020, she publicly came out as transgender citing a need to address her transition as an artist as well as in her personal life. Later that year, their track “Rave Police” reached #1 paving the way to a wider audience. Her anticipated follow-up to ‘Phases’ is expected in 2021.