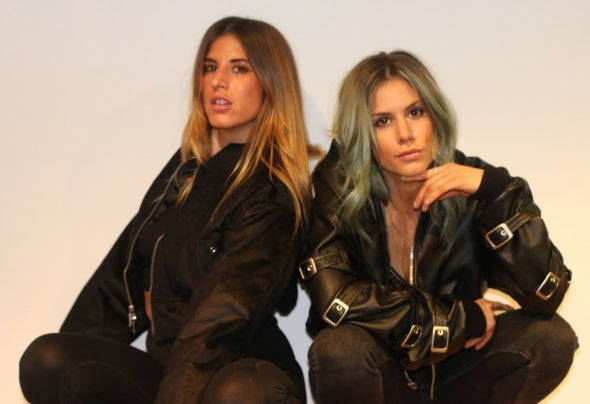 These ladies were born in Atlantic City, which, once you know them, explains a lot. They grew up around serious talent, even kicking it with the Rat Pack at early ages (truth). They moved to California before they were in New Jersey long enough to develop accents and became best friends, duh. As kids, they made up dance routines to Ace of Base's "The Sign" album and religiously listened to TLC's "Crazy Sexy Cool” until they knew all of Left Eye’s rap verses. It’s these long- standing musical connections and interactive energy that make any Lisbona exposure electric. As DJs, their musical style varies from dance floor to dance floor, prioritizing crowd connection above all else. Genre-wise, nothing is off-limits; house, disco, techno and funk energetically weave their ways into the party, with occasional surprise visits from 80s pop/electro, 90s R&B and who knows what else. While they’ve been acclaimed for rocking festival stages & super-club main rooms, they also have the deep-rooted musical knowledge necessary to impress the most judgmental music-head at an intimate underground. This why they’ve been cast as a double feature and direct support alongside a diverse array of artists, including Seth Troxler, Jamie Jones, Green Velvet, Diplo, Tiga, Lee Foss, Soul Clap, Felix da Housecat, Lauren Lane, Yolanda Be Cool, Bob Moses & many more on the festival circuit, they’ve shined at some of the world’s best, such as Coachella, BPM, WMC (err...MMW), HARD & Burning Man. Lisbona's party brand, STRETCH, took the dance music community by storm after its founding in 2012 at San Francisco’s Monarch with an interactive 80s workout theme that reminded party-goers that they could listen to serious-quality house music without taking themselves too seriously—a principle on which they believe rave culture was based in the first place. These sisters are all love and fun-with just the slightest edge of charming shenanigans-always keeping their friends & audiences ready for more.