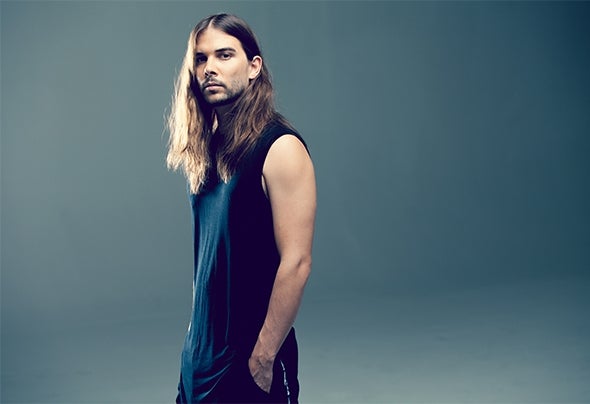 Seven Lions embraces the dance floor and also moves beyond it. His 2015 EP, The Throes ofWinter [Casablanca Records], yields four songs rife with big room moments and expansivesoundscapes. Instead of following industry trends and just releasing single after single, the artist and producer—also known as Jeff Montalvo—has built a vision that encompasses a series of EPs as a larger body of work. The Throes of Winter is his first EP of 2015 with a summer EP to follow.In between tour dates, Seven Lions recorded the new music. As he composed tracks, the vision crystallized."I wanted to start making the music more thematic, interesting, and part of something larger," he explains."Since artists aren't releasing proper albums anymore, it makes sense to create something that's digitallyartistic with real cohesion as opposed to tossing out singles and just haphazardly seeing what sticks. This isone big piece instead of a bunch of little slivers.""A Way to Say Goodbye" sees him evolve musically, while still maintaining his signature sound. It's the perfect storm of gently strummed acoustic guitars coupled with his signature psychedelically danceable production. Co-written with pop troubadour Matthew Koma, "A Way to Say Goodbye" merges alternative folk and EDM like never before. "I've been listening to a lot of indie music," he goes on. "I wanted to do something more instrumental. I sat in the studio with my guitar and came up with this. It's got that Of Monsters and Men and Mumford & Sons vibe, which I love, but the song paints a picture of loss."On the other end of the spectrum, "Lose Myself" preserves that spirit of innovation, while delivering a club hook. The collection's most surprising moment comes during The Throes of Winter opener "December" which pairs Seven Lions with none other than legendary AFI frontman Davey Havok for a captivating collaboration. "I love AFI," exclaims Seven Lions. "I used to see them live back in the day and wear their shirts. Davey was perfect for the song. I went down to Los Angeles and worked with him in the studio, and we captured something very special."2014's critically acclaimed Worlds Apart EP allowed listeners into Seven Lions' realm. As listeners immersedthemselves in the music, he supported everybody from Porter Robinson to Krewella on tour and gaveincendiary performances at top festivals such as Electric Daisy Carnival Las Vegas, HARD, Paradiso, ElectricForrest, Electric Zoo, Ile Soniq, Imagine, SkylabXX, Ultra Music Festival, Electric Daisy Carnival New York,Lights All Night and more in addition to his own sold out Worlds Apart headline tour.Seven Lions continues to challenge both himself and the genre at large. "It's important for me that people feel like they're hearing something new," he declares. "I want to give you an experience that you haven't had before and won't get anywhere else.”