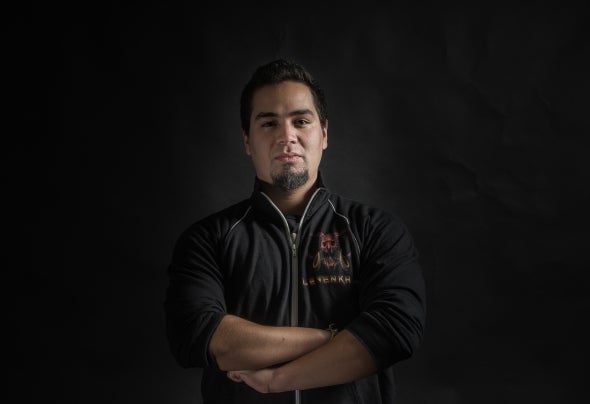 As America's first Frenchcore DJ and producer, Levenkhan is an acclaimed name around the USA and Europe for his incredibly unique style. With an early career in producing Hip-Hop for artists like Final Outlaw, Immortal Technique, Homeboy Sandman, Kemba (and more), as well as a extreme passion for classical music, he has been able to craft his own unique style within the genre to dene himself. His unique style has led to releases such as “Dying Light” with Frenchcore pioneer Mr. Ivex, his remix of “Terror Squad” by Tim Shopp, and many others. Being the first American artist to ever release on Peacock Records, and other labels such as RSLVD Records, he has gained support from critically acclaimed artists such as K?D, Sefa, Mr. Ivex, Unresolved, Sprinky (and many more) and his tracks have been heard on stages like Dominator, Masters of Hardcore and others. Levenkhan has performed at stages across Europe and North America. His unique style has been seen at many events, including shows put on by the top promoter in his genre (BKJN Events) and some of the top Hard Music organizations in the US. Now, Levenkhan has set his sights on the world - be sure not to miss him as he comes through your town.