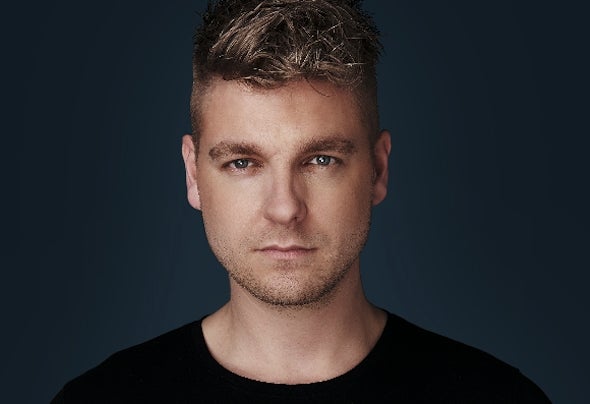 Recognised as one of modern Hardstyle’s most in uential game-changers, this ardent gurehead has revolutionised the genre with an enduring passion, perseverance and re-fuelled fortitude. Trailing a transcendent career as a DJ and producer for ten years, Sven Sierperda, aka, KELTEK, is undoubtedly one of Hardstyle’s most heart-warming success stories. For as long as Sven can remember, creating melodies provided him with great exhilaration and as time moved on, his skills continued to ourish and manifest into fully- edged, releasable productions... Years down the line, this same delight has endured and prospered into numerous outstanding productions such as “Through The Night,” “Dance The Way I Am,” the OST for Scantraxx’s 15 years, “Fifteen” “Kicking It” alongside Radical Redemption and “Dark Sun.” But of course, one of his biggest exploits was his tune “Down To Earth,” which was admittedly the track that Dutch ice-skater Jorien ter Mors listened to moments before she claimed two medals in the winter Olympics! “Down To Earth” immediately found its way onto Dutch television, into viral Spotify playlists, national radio stations and even saw Sven paying a visit to RTL Late Night to talk about the crazy spin-off from the track! In terms of other highlights, in 2017 Sven not only signed to Scantraxx, but also scored an exclusive bookings agreement with The Wishlist Agency. Building up a solid fan-following, the bookings soon began to ow in and KELTEK’s name was seen on prime line-ups for Defqon.1, Intents Festival, 15 Years of Scantraxx (in the AFAS Live), Dream elds Festival, Reverze, XQlusive, The Qontinent, Airbeat One, Decibel, Q- BASE and Rebirth Festival, in which he created the o cial soundtrack for.