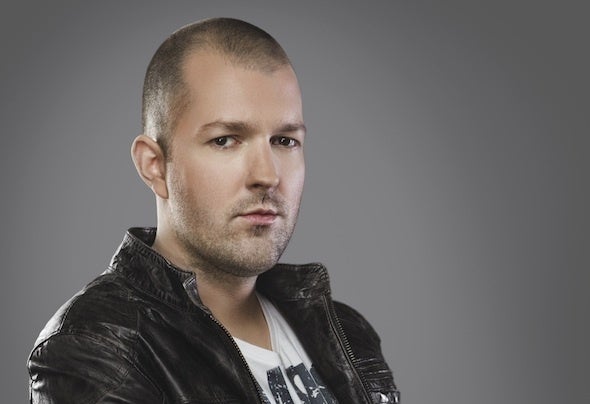 As a represent of Dutch dance industry, Brennan Heart is one of the leading brands in international hardstyle music. Tracks like 'Just as Easy' and 'Lose my Mind' contain his remarkable signature: harmonious melodies, catchy vocal lines and an impeccable production. 'Lose my Mind' is an instant hit on YouTube with over 8 million views, which is an outstanding number for a hardstyle track. In 2011, Brennan Heart entered DJ Mag Top 100 and embarked for his City2City World Tour, visiting several countries like USA, Canada, South Korea, Scandinavia and several European countries. He also rocked the stage at Mysteryland Chili and Defqon 1 Australia.Brennan Heart (real name: Fabian Bohn) has an impressive track record as a DJ and producer with over 100 releases. He's known for his unrestrained efforts and perseverance, constantly improving his skills and studio setup.He experimented with several styles of music like techno, hardtrance and techtrance, before focussing on hardstyle and establishing his own universal sound. Hardstyle is not only about the quality of beats; the songs, melodies and vocals are important elements of the evolution of the genre. Brennan Heart is a pioneer with this sound; with a track like 'Just as Easy', he started a new episode for hardstyle music and opened the door to a new audience. He's also a pioneer for exploring new territories and cities, bringing him all over the world to serve his worldwide fanbase. Next to his great singles. Brennan Heart composed several anthems (like Qlimax 2010 with a live symphonic orchestra) and played all main stages of the international events. His fans rewarded him with many votes for the DJ Mag Top-100, entering the list in October 2011 and rising to position 49 in 2012.'Lose my Mind' is his eminent release in 2012 and the first one of his own label 'Brennan Heart Music'. This collaboration with Wildstylez shows the catch-factor of this tracks; all party-people can sing the chorus by heart. This new status also created more interest for his previous releases like 'Wake Up' and 'Running Late', as well for his epic albums 'Musical Impressions' (2009) and M!D!FILEZ (2010). He also co-writed the track 'Feel U Here' with Dash Berlin (#7 in DJ-Mag Top-100), which shows his ability to compose in various genres. In 2012, Brennan Heart will proceed with his international career with new tracks, events and video-content. Tracks like 'We Can Escape' and 'Never Break Me' have been highly rewarded and supported his position as one of the leading producers and DJ's of the hard-dance scene.