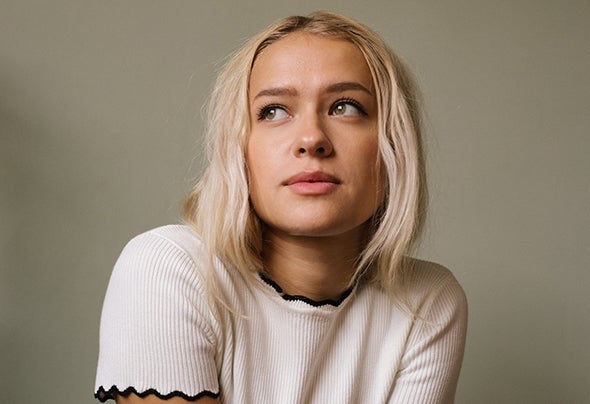 Biography Elle Hollis (2018)As people around the globe embrace a blend of electronic pop music, 21-year old Elle Hollis has made her way to the forefront of the music industry. When listening to her music, one wouldn’t guess she was born and raised in a small place in the south of The Netherlands. With a university degree in English, Elle has an international sound and vibe that grabs your attention right away.Elle Hollis has not only been singing since a young age, she’s been writing too. While she collaborated with several writers and artists all over the world, she always makes sure to sit down at a session when it concerns her own productions. Her golden rule whilst writing, “If I’m able to get across my emotions through the song when it’s played acoustic, I know it’s a good song. It may never lose its impact when stripped down”.Two years ago she packed her things and went to Stockholm, the Mekka of pop music, so that she could eat, breath and sleep music. Her time in Stockholm not only taught her the ins and outs of pop culture, she also worked her way through the jungle of the music industry and got a publishing deal at Warner/Chappell. Quite a feat for such a young artist. Through Stockholm she ended up writing in New York and Los Angeles too.When performing live, Elle moves with such relaxation and freedom, it is simply captivating. Elle and her two piece band manage to bring across their unique, electronic and full-of-energy pop sound, no matter how big or small the venue.This young blond lady is more than just a pretty cover. With all her Dutch down-to-earthiness she still has the big dreams of a star in the making. Every step forward makes Elle even hungrier for bigger dreams. She recently signed an artist deal with Be Yourself Music in The Netherlands. This is only the beginning for this young and highly talented singer. With her drive and boundless energy the world is literally her oyster.