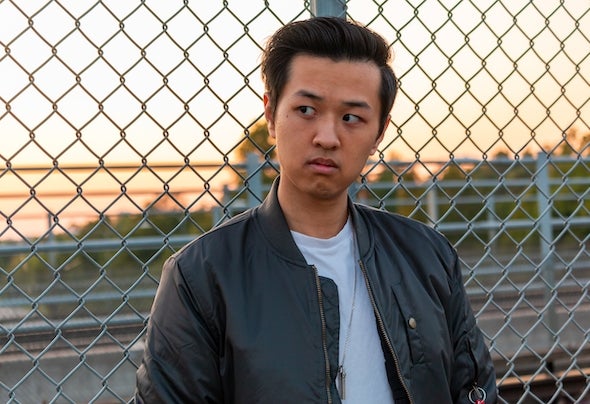 Stephan Duy is a house music artist from Stockholm, Sweden. Surrounded by a plethora of musical genres from an early age, his upbringing laid the foundations for an undeniable passion for electronic music and an untamable urge to create memorable, infectious club tracks - something he is now doing at an impressively increasing rate. Citing inspiration from the likes of Tuff London, Ben Remember and Jesse Perez, Stephan’s sound can be described as hard- hitting, chunky beats laden with striking, catchy vocals - heavily influenced by the sound of the ‘90s, including diva vocals, breakbeats, rave stabs, analog synthesis, vocal dubs and more. Although Stephan may be relatively new to the industry, he is no stranger to credible imprint releases. He has already seen his works championed by the likes of Doorly’s Reptile Dysfunction, Wax Worx’s Shanghaied, Marcus Schossow’s Code Red and Netherlands-based label, ARTWRK. His growing presence within the dance music community has seen the support of his music from Mark Knight, Richy Ahmed, Roger Sanchez, Shiba San, Claude VonStroke, Hector Couto, Claptone, Joris Voorn, Hardwell, Tiesto and many more. Alongside prolic DJ support of his releases, Stephan has also seen commendable acknowledgment in the realm of streaming - with his ‘Insanity’ release being featured on Spotify’s curated ‘Tiki Torch’ playlist, sending the track rocketing to a healthy 100k streams and beyond. With a promising amount of new music in the pipeline and ever-increasing prominence within the world of electronic dance music, Stephan is a name to earmark for more continued growth - as he turns his attention to clubland and headline shows in Sweden, Europe and further afield.