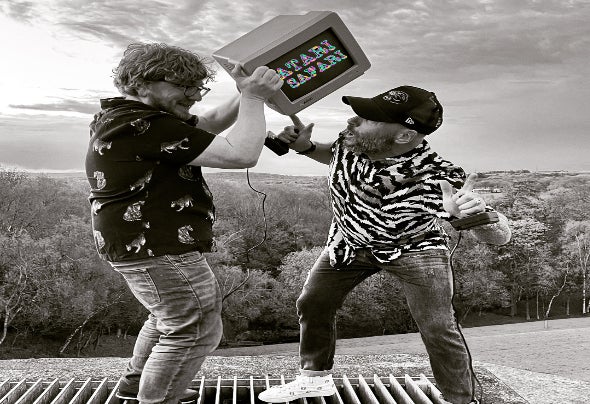 Atari Safari AKA KEEF and Ben Booker, are the latest UK DJ/Production duo to hail from the North West. Fusing a wealth of creative and technical talents, they bring you unique underground sounds taking inuences from Chicago House, Acid and Tribal. Keef is well established in the music industry both as a DJ in his own right, playing venues such as Sankeys, Tantra (Ibiza) Egg (London), Club NL (Amsterdam) and also as an events organiser for his own brand, where he has attracted Artists such as Danny Rampling, Marshall Jefferson, Graeme Park, Jon DaSilva, Steve Mac. He is currently a resident DJ on both Ibiza Live Radio and Data Transmission with his show “Sotano” in between Circoloco, Defected and Alan Fitzpatrick. He has an ear for producing original tracks and also for unearthing emerging talent, as can be demonstrated through his A&R work. Ben is a technical genius! In addition to running a busy mixing and mastering studio, he has toured the world as a sound engineer for Artists such as Groove Armada, Scissor Sisters and 5SOS. He has worked at major festivals running audio including Coachella and Glastonbury. He is a fantastic collaborator and brings in a wealth of vocalists and musicians to help create special and unique tracks.  Ben works across musical genres; as a talented musician he plays a multitude of instruments and also mixes and produces to the highest standard.