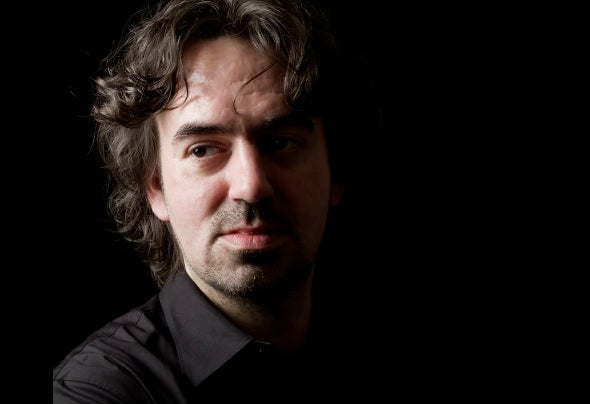 Back in 1990, Jaimy was one of the first Dutch producers who succeeded in making a living with house music. He obtained his first record deal at the age of 19 and being adopted by Amsterdam’s Outland Records, just before their period of grandeur, Jaimy was responsible for much of the music coming from the Outland studios. He collaborated with many Dutch DJs, and produced multitudes of other dance floor smashes. Few of these successes were as big as the house classic ‘On The Discotrain’, his remix of ‘I Gotta Let You Go’ by Dominica, or his ‘Keep on Pumpin’ under the Thyone Girls moniker - which was licensed to the legendary Tribal America and reached #6 on Billboard. Sometime around 1998 he met his musical partner Kenny D. Production wise, Jaimy & Kenny D released most of their stuff with Black Hole Recordings, but also signed tracks and projects to United Recordings, Combined Forces and Paul Oakenfold’s Perfecto label. Their smash hit ‘Keep On Touchin Me’, got picked up and reworked by Erick Morillo’s Subliminal label and was signed to Skint Records/Loaded for a UK re-release. They’ve also remixed projects such as Halo Varga’s ‘Future’ on Hooj Tunes, DJ Taucher’s ‘Science Fiction’ on Additive Records, DJ Tiësto’s ‘Flight 643’, and Way Out West’s ‘Mind Circus’ on Black Hole Recordings. 2001 saw the birth of Jaimy & Kenny D’s own label, Fatal Tracks, administered and distributed by Black Hole Recordings for two years. Among notable single releases like ‘Time’, ‘Music=Our Future’, and 'Like A Bitch' (the opening track on Sasha & Digweed's album 'Communicate'), Jaimy also put out the single CD compilation ‘Fatal Tracks vol. 1’ and the double CD compilation ‘Fatal Tracks vol. 2’, and the collaborative album with Kenny D, ‘Is There Any Other Way?’ In 2004, Jaimy took the independent route and set up his label Fatal Music. A year later, Drum Mode followed. Both labels represent the sounds of House that one can expect to hear when Jaimy steps behind the decks: soulful, vocal, funk, disco, dark, deep and dirty. The labels received strong support right away from Chus & Ceballos, Tom Stephan, Behrouz, Victor Calderone, and one and only Danny Tenaglia - who in 2006 called Jaimy his favorite producer. Jaimy repaid the complement with a sizzling remix of Danny’s track ‘Dibiza’ on Stereo. Jaimy began offering his expert engineering services to his clients with the formation of his Fatal Mastering in 2009. He also had a breakout club hit that year with “Take Your Higher” featuring May-Britt and Michelle David. The Belocca remix has appeared on several compilations including Fedde Le Grand’s ‘Toolroom Knights’ DJ mix and ‘The Amazone Project’ by Sunnery James & Ryan Marciano on Spinnin. If that wasn’t enough, he formed a musical partnership with popular Dutch DJ/producer Jeroenski, working together regularly on numerous projects, and eventually Jaimy’s company began administering Jeroenski’s label Pescado Recordings. It was a busy year for Jaimy in 2010, first there were major remixes for Alex Graham on Skint, Anane Vega and Oscar G on Nervous, Rulers Of The Deep on MUM and Celeda on Mile End. He launched his own musical concept called Freaking Out which consists of a bi-weekly radio mix/podcast, which is aired on Dance-Tunes Radio online and on Radio Nova FM in Bulgaria, and a digital compilation series on Fatal Music. Freaking Out Vol. 1 got released in 2010 and Vol. 2 in 2011. The concept reflects a half-decade of being on the go with his label, with a spirit that embodies his energetic house sound. A sound that touches many genres but that is aimed straight for the dance floor and to simply have people freak out! Jaimy's style as a DJ is still as diverse as his productions after all of these years and he remains as fresh as ever. He has DJ-ed major events such as Sensation, Dance Valley, Inner City, along with a DJ tour of the clubs in Europe and abroad. He loves to combine all kinds of house genres. His sets are uplifting and pumping, sexy and funky. His weaponry of 100% exclusive tracks, unique sound, and the ability to blend many styles together distinguishes him. He is able to create unbelievable energy on the dance floor. Jaimy is an artist who lives to make people dance. A job he does very well: producing and DJ-ing!