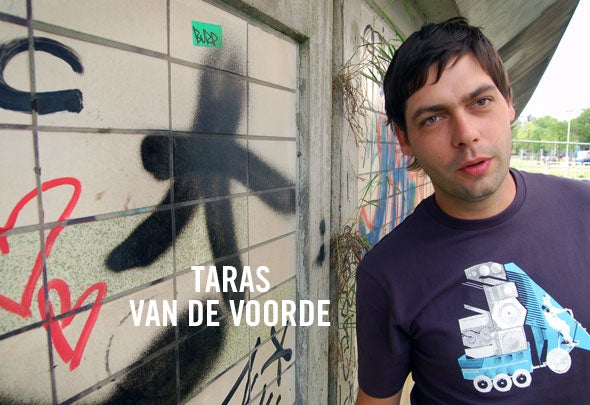 Taras van de Voorde is a not to be overseen little big musical gem hailing from the Netherlands, at this moment Taras is rocking clubs locally as well as worldwide like in Athens, Lyon, Barcelona, London, Izmir, Istanbul and Antwerp as it was all he ever did since he was born, leaving nothing but a trail of dancefloor destruction and loads of smiling people behind. This guy is seriously on a dancefloor shakin tech tip, working around the clock and world to promote his sound.Which can be described in one word as: DEEPGROOVYPROGRESSIVETECHHOUSE FUNK. Definition of his sound is not too hard, not too soft but quality music with a firm uplifting energetic drive not afraid to bend or cross boundaries whenever necessary...and always with the goal to rock your socks off. Taras as a producer has already crafted a range of well-received and heavily supportly tracks and remixes on highly respected labels like; Exceptional, Manual, Lofi- Soul, Stolen Moments and Octopus.