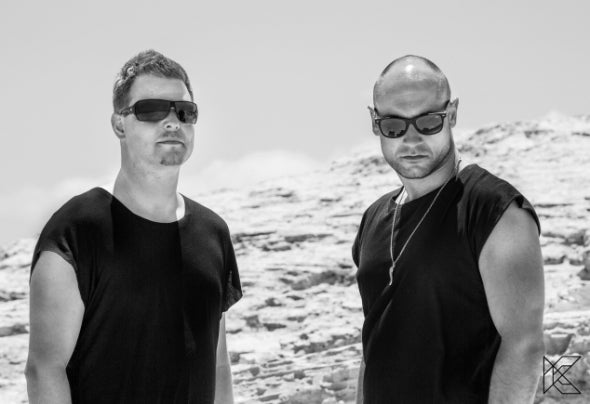 Andre Schmied & Michele Guerrisi have known each other since 2001 and 10 years on in 2011, on the 11th day of the 11th month, they decided to form KlangfabriK! Both born in Switzerland, Andre in 1983 and Michele in 1982, they both have music running through their veins and music has always been part of their lives with both of them falling in love with the electronic sounds of house and techno.Fast forward to years 1998 – 2001, this is where Michele Guerrisi, known as Level 8 back then, was discovered by Rolf Arnet the CEO of Hannibal Events. This led to him making his first Sonic Series compilation in 2001. At this time Michele's role models included Jeff Mills, Gangsta or Eric Borgo and to this date still are, later in his career Chris Liebing, Styro 2000 became major influences too. This is where he acquired a taste for using not only two or three vinyl records but using four to create a special techno sound.Both knew and respected each other, but musically they hadn't connected yet. In Short, they were looking for each other. The years passed with both traveling on different paths, and by chance, fate and a higher power they met each other again at the beginning of 2011. After an open-air party two weeks later with a 6 hour back 2 back set together it was clear that KlangfabriK was born!