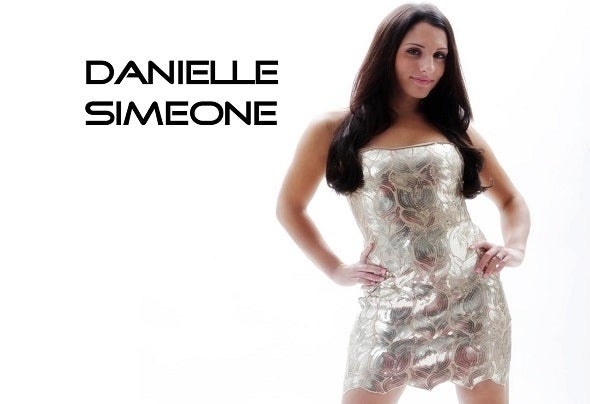 Recording Artist/Vocalist Danielle Simeone, was born and raised in Brooklyn NY. She started singing at the age of 8 and went on to recording by the age of 16 and a year later released her first single " radio" on MIC MAC records. Danielle is a songwriter and started to perfect her craft by writing songs and went on to release 2 other singles with MIC MAC.At 21 years old she knew that she wanted a change in direction in her music career. Danielle released another single I'd rather fall on contagious music with remixes from Tony Moran.This still wasn't the style she was quite looking to portray. Danielle went on another search for production where she met legendary producers Glenn Friscia and Frank Lamboy. It was at this time that she felt more Inspired to write and create a stronger sound in her vocals.Danielle is currently recording and finding placement for her singles and continues to seek out and collaborate with different producers. With 3 singles being released in the last year she continues to strive for that one hit song to take her to the next level. With a passion for electronic dance music and a soulful angelic voice she is one to look out for and has no plans of giving up. The next memorable vocalist has appeared in the scene.