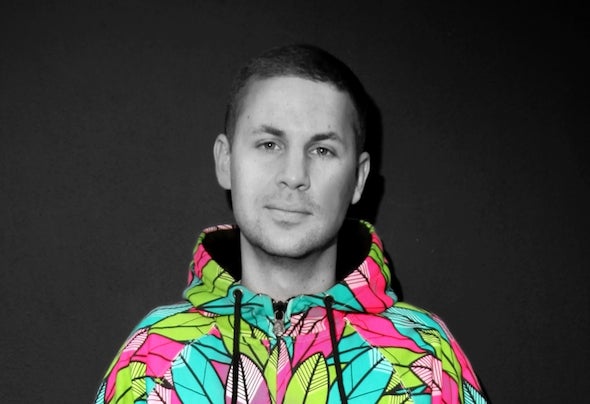 'I’m Patrick Hagenaar, who the f**k are you?' So says the t-shirt and the man wearing it. All with a cheeky smile, of course.Some DJs are happy to just stand behind a laptop, noodling away on the controls. Patrick Hagenaar is not one of those DJs. He plays his music with party-starting attitude, crowd-moving confidence and a riot of colour.Likewise the music he produces is bold, fun and above all made to please dancefloors, one bouncy beat or killer hook at a time. So here’s another big question; who the f**k does Patrick Hagenaar think he is?Well, as one of the talented group of fast-rising DJ/producers hailing from Holland, he lives by the slogan ‘If it ain’t Dutch, it ain’t much’. Yet Patrick cut his nightclub teeth serving a musical apprenticeship as resident at some of London’s key venues including Pacha, Turnmills, The Egg and Heaven.So the fire beneath his signature sound is stoked by the big room boom of Dutch house sounds, but all with a very personal, UK flavoured twist of hi octane hooks and devastating melodies too.Taking that impeccable knowledge of what works the floor into the studio, his first release, in 2008 (‘What Would We Do’, by the successful Hagenaar & Albrecht partnership), went to the top of the charts across all the major download stores.Following that phenomenal debut success, a string of big releases on labels like Atlantic/Big Beat, Spinnin', Hed Kandi, EMI and Ministry of Sound followed.2010’s ‘I Won’t Let You Down’ was the toast of the dance music press and saw Axwell make a cheeky bootleg of the track for his personal use.More recently, Patrick’s solo work saw ‘L.O.V.E’ become the track of the moment for DJs across the very top ends of the spectrum from Tiesto to David Guetta, provoking a rush of chart topping remix offers in its wake. As a result he remixed US/UK number 1 by Ke$ha, ‘We R Who We R’ and Australian chart topper ‘Dirty Talk’ by Wynter Gordon. Toni Braxton and Professor Green are among others that have benefited from a Hagenaar reboot, while his version of Rudimental’s UK number 1 ‘Feel The Love’ scored over 30 plays on BBC Radio 1.Yet this is a DJ who remains refreshing immune from letting all the hype go to his head. True to his Dutch roots, he’s proud to cycle to all his London gigs and is particularly fond of ultra colourful pop art attire, making him one of the most easy-to-spot characters in – and out – of clubland.The bright fashion sense reflects Patrick’s ethos on music and life, to be distinctive yet fun, to entertain, but not lose focus. It’s a master plan that was kick- started by a visit to a 25k capacity rave in his childhood home of Haarlem at the extremely tender age of just 11. There was no looking back, and his determination to make an impact on the dance scene has been relentlessly pursued ever since.Patrick Hagenaar is a name that has been plastered across Ministry of Sound flyers the world over, as he’s played as a key resident on their global tours for over 4 years, picking up fans across Europe, Asia and beyond in the process.Now Patrick stands – resplendent in his fluro clothes – at apex of the new electronic music era sweeping the four corners of the world. A solid foundation and that unwavering positive attitude ensure he’s going to make the most of it. The dancefloors of the world are in for a treat. Watch this Dutchman fly!