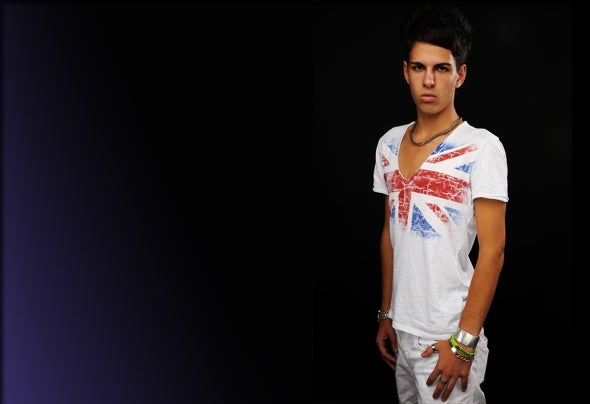 Alesandro Verrienti better known as "Alexander" is a smashing Italian producer. After the passion for piano, that he studyed for 3 years, he discovered his passion of Electronic music at the age of fifteen years old and he started working with professionals studio programs to compose music. Immidiatly Italian's labels became interested on his music that is the exprections of himself; in his music Alexander puts all of himself to make sure he has given the best. In 2013 there were two important events in his life; first he started working at radio RMC (radio millecuori) where he created his private radio show "Electro Land" that makes Alexander popular all over Italy. He work lots for this radio project in wich he plays every week one hour on Electro music. Then he joined at Mt Records where he made his first international featuring with Thomas Van Heesch (Brazil) called "Equalize". This label gave Alexander lot's of worldwide contact, and the young italian producer also started to wo rk with Oxygen (USA) with wich he produced music for American's labels. But the big suppurts comes from Italy, infact one of the most important Italians producers "The Adax" started to cooperate with Alexander on new tracks and remix. Alexander work hard all day to be better than better and he knows that this is a very difficult world, but his passion is stonger than everything and he started a career that seems to rise more and more.