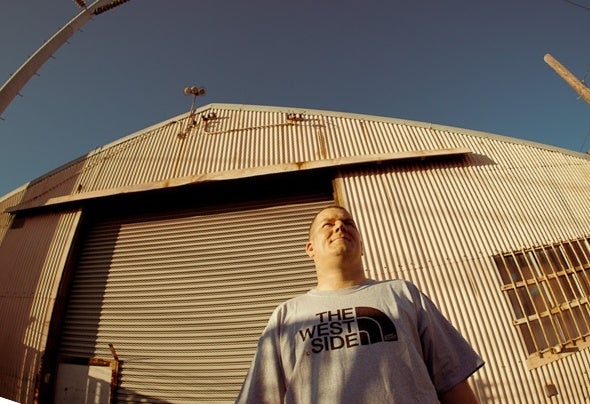 In an era where digital labels increasingly dominate underground house, DJ Mes and his Oakland-based Guesthouse Music imprint has defied the trend, producing a big brand of vinyl and digital beats that range from quirky and jackin’ to deep and dirty. Since its May 2005 inception, Guesthouse has guided the vibe of the underground sound, introducing artists such as Cosy Creatures, The Sound Republic and Gramophonedzie to global house audiences and staking claim as one of the industry’s premiere, international labels.Mes’ music career dates back to the mid-1990s, when the Bay Area-born producer took early influence from the likes DJ Dan (Funky Techno Tribe) and Tony Hewitt (Tango Recordings). As an avid fan of ’70s and ’80s funk, disco, electro and hip-hop, Mes quickly learned to meld his early musical influences into a deep, driving sound that would go on to define him as a DJ. Mes’ attack of bass line-heavy tracks separated his performances from other West Coast DJs of the day, and quickly earned him performance opportunities at the legendary San Francisco’s Area 51 parties, The Gathering, Freedom and The Burning Man Festival.His performance success led to his co-founding of Daddy’s Records in 1996 with partners Rob Doten (Wicked, Greyhound Records) and Buna (Wicked. E.T.I., Oboro). Shortly after, he began producing regularly and landed his first residency at Reno, Nevada’s Spin Cycle. The gig would kick start what has become an international touring lifestyle for Mes, who—more than 12 years later—continues touring regularly and showcases his blend of West Coast beats and Chi-town boompty house. Some of his signature stops have included Chicago’s esteemed Slicks Lounge, Scotland’s Isle of Skye festival and the Deliro Party on the Sugar Loaf in Rio Brazil.After years of releasing tracks on acclaimed labels such as Black Cherry, Magnetic and Safe In Sound, Mes was ready to release music on his own terms. In 2005, he set out to launch a vinyl imprint that embodied the same genre-crossing sound he played and produced both on the decks and in the studio. Inspired by the close-knit vibe of the underground house community in the U.S. and beyond, the name Guesthouse was born. Since its inception, Guesthouse has released more than 60 EP’s, including 33 vinyl releases and slew of other choice cuts on the its sub label, Guess Who.“With Guesthouse, I’ve always tried to focus on consistency, quality and music aimed directly at the dance floor,” Mes says. “It’s important for me to support and showcase mainstay artists as well as the freshest up-and-coming talent, and I think that’s one thing that sets us apart from other labels.”Some of that breakthrough talent includes boundary-bending artists such as Gramophonedzie, Australian producer Ricardo Rae, and The Sound Republic, whose first two full EP’s on Guesthouse helped usher in the new school sound that defines underground house today. Classic cuts such as Cosy Creature “Show You the Way” continue to pulse as the defining beat to a genre that continually evolves in subtle ways