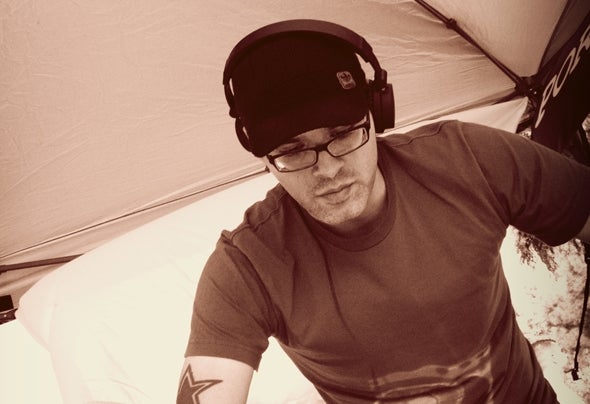 Mike has been involved with electronic music for more than half of his life. At the age of 14 he discovered electronic dance music in Houston, TX and by 16 was making noise of his own along with a close friend in 1990. Three years later Mike attended his first underground warehouse party in Austin, TX and was changed forever. However, less than a year later Mike then moved to Boise, ID and continued to produce electronic music on his own and began DJing and throwing parties which helped create the underground dance scene in Boise. After years of DJing and helping throw events, Mike decided to get serious about his music and purchased an MPC 2000 which lead to many hours of fine tuning his sound and perfecting his trade. In 2000 Mike caught the eye (and ear) of Soul Phusion Records who began releasing his original material along with their partner label Insight Music. Over the past few years Mike's productions have appeared on several widely distributed mixed CDs including DJ Dan's "Mixed Live", "Lift" and Richard Vission's "Automatic" in addition to landing on the charts of Bad Boy Bill, Angel Alanis, Charles Feelgood and Vitamin D. Recently Mike's original and remix work has appeared on labels such as InStereo, Blow Media, Solmatic and Audacious. Mike's tracks have hit the top ten hot sellers on both Beatport.com and Dancerecords.com... and this is just the start! Be on the look out for MB to be making plenty of noise in the near future at a club or music shop near you!