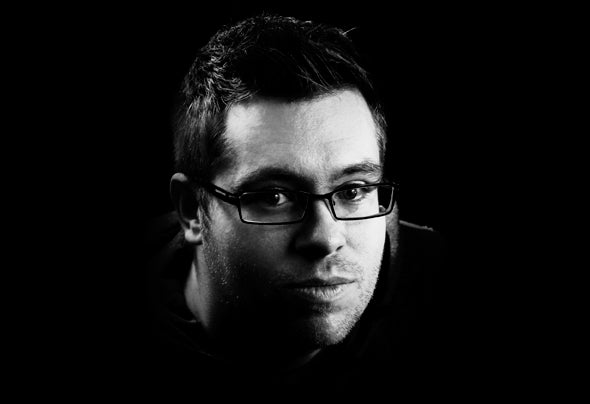 Danny Krichel a.k.a. Dan McKinley was born in 1984. He grew up in a musically addicted family, loving the cool sounds of the 80s. He was very much influenced by his parents and his girlfriend. It was them who got Dan hooked to the journey called house music.Momentarily he is working near Breda (The Netherlands), which he does to be off the streets. Besides this, he dives into electronic music production in combination with his favorite relaxation.. deejaying.When Danny was 15, he started to edit some sounds by using Music Maker, in a few years he grow as a producer and made his first completed tracks with Cubase by cutting (break)beat samples and synths of tracks (Prodigy/Fatboy Slim) he loved at that moment. These sounds inspired the start of the art of producing and deejaying.It took some years, but Dan McKinley started as a local resident DJ at Drop Inn in Kerkrade. In that time he met (inter)national DJ's and producers that inspired Dan to practise more and more.More recently Dan McKinley's style has shifted towards one that strives for deeper, tighter, groovier and techier minimal, electro and house elements!Dan McKinley has played alongside artists such as: Erick E, DJ Daan, Equinoxx, Marcel Woods, Menno de Jong, Tim Nokx, Niccolo Vencedor, Sidney Samson, DJ Dansa, Randy Katana, Monica Electronica.Dan McKinley has played in clubs and at parties such as: Drop Inn (resident 2001-2004), Vizion (Recently known as Bozzini/Mixx Events), Nr.7even, Rainbow Club (Belgium), Spock (Breda), EFS, Centre, De Kelder.His style is a variation of tech house and techno.