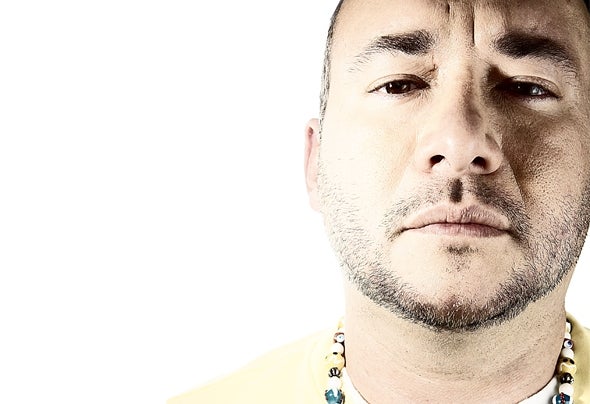 Jorge Jaramillo AKA Who Da Funk's career is punctuated by great musical achievements. He scored a hit with his single 'Shiny Disco Balls', making him a household name and catapulting him to global acceptance in the 'House' world. ?Shiny Disco Balls? became an international dance floor anthem and spent eight weeks in the UK Top 40 chart earning him cover features in I-DJ and DJ magazines. He performed his hit song live in front of millions of people during the 'Top of the Pops' show. Jorge Jaramillo also received 2 back to back Winter Music Conference awards, one for 'Best House Track' and the other for 'Best Underground Track'. But despite his success, Jorge Jaramillo remains grounded about his good fortunes and achievements. Though known for his pioneering contributions to the early 90?s "Miami Bass" scene, Jorge Jaramillo's new found love was "House Music" the genre which he has embraced as his life and for life. His productions and DJ set, ranges from "hands in the air" peak time hits, to electro, tech-house and dirty house. Jorge Jaramillo is also known for an energetic performance. On Subliminal/SUBUSA Records, Jorge has released numerous singles and remixes as well as mix compilations such as 'Subliminal Winter Sessions 3 & 4' mix compilation series. Jorge has now joined forces with 'Pacha Recordings' as an artist releasing his Pacha Recordings releases include, Liar's Game ft. Sarah Tancer, ?Everything I?, and the Beatport chart topper ?Don?t Say Goodbye? ft. Danny Menna along with various exclusive remixes for Pacha. He has recently mixed the Pure Pacha III Black Compilation for 2009. As a producer, Jorge has worked with, J-Lo, Marc Almond, Erick Morillo, and Cristina Aguilera to name a few. Jaramillo has held his summer residency in Ibiza at the club Es Paradis for 2011 along with Marcos Carnaval. The legendary "hangout spot" Bora Bora has also asked Jorge Jaramillo to be a guest dj. Musically Jorge is set to release "Save Me' (Jorge Jaramillo & Marcos Carnaval) on Roger Sanchez's Stealth Records. The song has received heavy rotation in the clubs. Jaramillo's label "Lectro Chik" continues to run strong with future release "I'll Be Just Fine" Jorge Jaramillo ft. Andrea Love for the end of 2011. The future for Jorge promises yet further success, both as the solo artist, label CEO and the DJ we all love to smile along with.