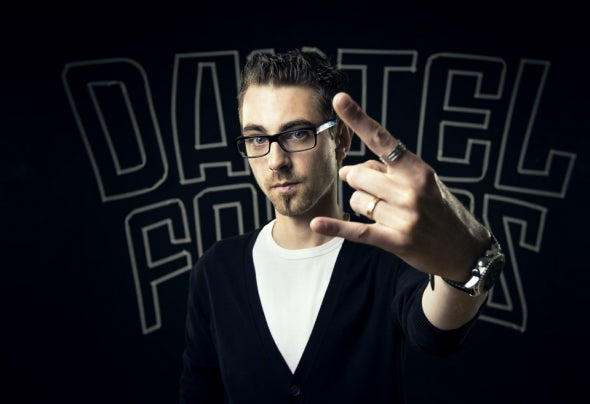 Daniel Forbes has not rested on his success since the release of “I feel you”. With several remix requests on Phonetic Recordings things blew up even more, for Daniel. Doing remixes for artists like Maal (Trentemoller), Robotman (Michael Gray) ft Nachang Nancy and the Ibiza Hit project Max Linen ft Luciana (Bodyrox), the door went wide open for Daniel. One remix after another came out on Phonetic Recordings and the support list kept growing for Daniel.1 The massive hype has been a great enjoyment, but after some while Daniel made the decision to release his second sinlge “Is It Me” ft Joey Sagrada on a newly formed label, Phat Beat Records. ‘Is It Me’ was instantly being embraced by both clubland and daytime radio. After all these successes, Daniel was picked up by one of the music industry’s biggest names up to date, Michael Gray. Michael asked Daniel to do a remix for a project he was working on on Michael’s own label, Neon Wave Records. He didn’t hesitate for a second and took this chance to work for such a well-respected artist for the second time in his music career. After the remix came out it became a club hit straight away. The respect and support list from colleague artist kept growing and growing.Daniel’s success was noticed by a lot of people around the world and was asked by the management team from Patti Labelle to do a special remix for their new comeback album ‘Labelle – Back T o Now’.2 This was another instant hit for Daniel because his remix went straight to the number one spot on the Itunes most download list. The success kept on going and going...He released several singles on Phat Beat Records, with a variety of successes. Three of his most memorable singles up to date on Phat Beat Records are ‘Freakz’, ‘Night Train’ & ‘Reach Out’ ft Tony Lindsay (Lead singer of Santana). Daniel Forbes has released about 80 releases up to date.3 The year 2012 looks like a new era for Daniel. It’s been over a year ago now that Daniel started to work on his new sound & the big moment is now finally here! He just finished a bunch of new tracks. Floating somewhere between Progressive House and Tech House, Daniel finally found what he was looking for in his sound. This is the big year for Daniel, a lot of promising things in the pipeline for Daniel, you better watch out! This new sound if inspired by sound of artists like PP, Copyright, Fedde le grant, Michael Gray. supported and played out by artists like Martijn ten Velden, Michael Gray, Bodyrox, Fedde Le Grand, Roger Sanchez, Freemasons, Judge Jules, Axwell, Peter Gelderblom, Red Carpet, Silvano da Silva, Sasha, Dave Spoon, Eric Morrillo, Seamus Hadji, Grand Nelson, Robbie Rivera, Shapeshifters, Mouse T, Patric Hagenaar, John Julius Knight, Tom Novy, Aaron Ross, Lucien Foort, Paul Harris, Andy Cato, Adam K, Sky n Sugarstarr, Dj Chus, Sander Kleinenberg, Stone Bidge to name a few.2 Daniel was asked to do a remix from a 80′s radio hit ‘You Make Me Feel (Mighty Real)’ by Sylvester and was covered by t he group Labelle. Ot her producers t hat also worked on the ‘Back To Now’ oproject where Wyclef Jean, Lenny Kravitz and Gamble and Huff. The remix Daniel did was released as a Itunes bonus track to support the sales of the album on Itunes.3 Signed tracks and remixes to labels as Universal Music (USA) Open Bar Music (USA), Soullisimo Records (NL), Phonetic Recordings (UK) Neon Wave Records (UK), Second Coming Records (UK), Groove Masters Recordings (NL) Dutch Only! Records (NL), First Class Music (NL), Selektor Music (USA), Azucar Entertainment (USA), Doppel Gaenger Music (DE), Catwalk Records, Le Mans Recordings (FR), Le Bien Et Le Mal Recordings, Neurotic Groove Recordings (USA), Worldwide Exclusive Records, Electro Superstar Records, Once Records (NL) Smash Records (NL) and Phat Beat Records (NL).1 His remixes of these world wide club hits are