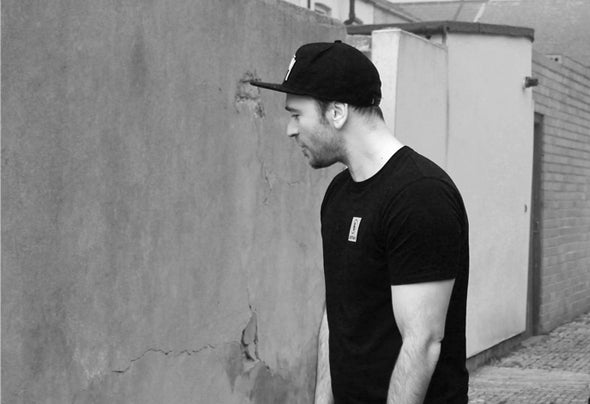 Off the Cuff's Karl Frampton is a DJ, producer & film composer. With innovative productions and skills and a joyful attitude for rocking a crowd. Light years ahead of your normal DJ/Producer his influence has infiltrated throughout the spectrum of dance music with his main roots from being a B-boy in days when he was Breakdancing/DJ-ing up and down the U.K with crews such as Sharp Style & Pro Star Breakers. Spinning not only on his head and other body parts but vinyl like Africa Bambaataa, Herbie Hancock and Malcolm McLaren to name just a few of his early musical influences .By refusing to accept conventional standards and instead choosing to simply do his own thing Karl has built a great reputation as a DJ and Producer worldwide.Having warmed up for DJ’s such as Steve Lawler, PBR Street Gang, Denney, Dirty South, Eric Morillo,Louis Osbourne, Karl’s main room sets can be described as an eclectic journey covering mainly house & Techno & also his love for playing slomo nu-disco can be heard in some of his recent dj mixes & warm up sets.As part of Off T he Cuff, Octopus 8 and head honcho here at Sidetrak Records, Karl certainly has solid pedigree in producing having been active in the studio for over 2 decades.As well as many remixes for artists such as Maxi Jazz “Faithless”, Bill Withers “Lovely Day” and solid releases on labels such as Lost My Dog Records/Open bar music/Silocassa/Real basic/Sunrise music/Selektor/Good voodoo music/Sidetrack records.Defected In The House Records and a string of Open Bar Music compilation albums whilst boasting a six-week number one slot on Traxsource in 2006 with his track “Shake” which was signed to the Miami based record label Soulfuric Recordings.His DJ skills have taken him to the likes of Pacha Ibiza, Hype The Funk festival in Estonia and has headlined the 2009/2010/2011/2012 Janga & Rip Curl Pro Search/ASP World Tour beach parties in Peniche, Portugal. 2013 Karl was asked back to headline the massive Fusing Culture festival in Figera dj-ing to over 2000 party people.He co-founded the Dusted nights in Middlesbrough packing out the Purple Onion nightclub from the early 90’s for 10+ years as well as being behind the massive Lost secret beach parties with good friend & producer for OTC Si Lilleker.Karl’s music has been used in British body boarding film Post Codes and also a GoPro ad campaign and more recently his tracks can been heard on the European company’s Janga videos.He has produced and engineered alongside some of today’s biggest artists including Grippa, who engineers for Faithless, Adam Shaw of Toolroom Records. Not to mention, a string of alternative artists whilst producing under his Octopus 8 name such as John McGough"James Arthur" Mentor Pyramid collective, Karu / Female U.S. Rap sensation Dominqu Larue & most recently his remix of "Glitterball" will be featured alongside other artists Ashely Beedle.Layo & Bushwacka,Booker T,Kaasi & The Slips.Not one to rest on his laurels, Karl certainly has plenty of new work on the horizon particularly with his new material set for release on Sidetrak Records!