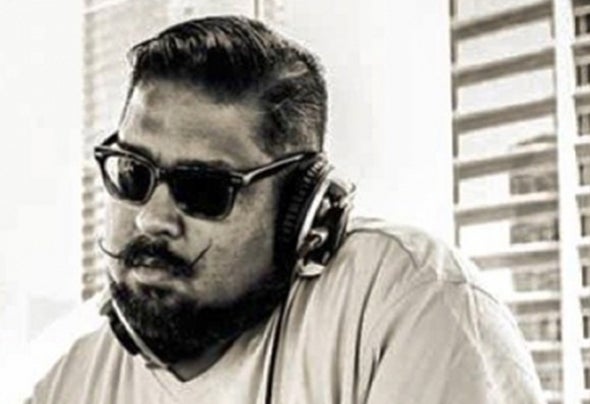 One of Los Angeles’ most popular and hardworking DJs..... Thee-O started DJing at the young age of 13 and by the time he was 18 in 1992, he started DJing in the thriving underground rave scene of Southern California. He has created a name for himself while changing genres and staying true to his integrity, committing to what he feels is the best in underground dance music. His consistency of skillful mixing and lively scratching has cemented “his sound” regardless of what genres co-mingle in his style. In addition to his DJing, Thee-O is also an accomplished producer and remixer that have landed tracks on Bedrock, Suara, Perfecto, Looq, Drops and System Recordings to name just a few. His approach to music production mimics his DJing artistry in the aspect that genre comes second over the feeling of the music. Genres and styles are split, shattered and then reformed into songs that work on multiple dance floors. Currently, he is DJing and producing with Robert Pointer (AKA Robtronik) under the name Stylus. Stylus is also responsible for some of the most engaging events to occur in Los Angeles . Their events have occurred in amazing venues such as King King in the heart of Hollywood, The Standard Rooftop in downtown LA and Los Globos in the trendy Silverlake area, while attracting international talent of both House and Techno to join in on the fun. While a lot can be talked about when it comes to “Old School,” Thee-O walks the walk. He has accomplished a lot in his 22 years of being a DJ, producer and promoter and he is just getting started. He remains wildly popular while staying firmly planted into the underground scene and not falling into the hype that can surround the current EDM culture. With new ventures, new branding, new tracks, and new ideas, the future is going to be one for the books with lots more to come from this music innovator.