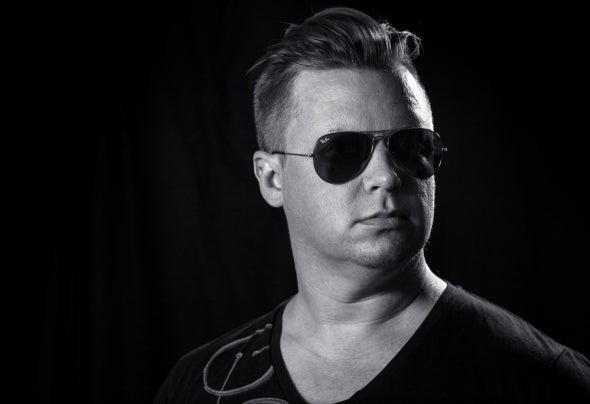 DJ and producer, MODIUM, got the taste of electronic dance music from Melbourne's world renowned underground club scene in the mid 90’s where techno house and trance were king. Over the years he kept close to electronic music production and electronic dance music, and in recent years stepped up his passion into Dj’ing, resulting in evident overnight success.From those humble beginnings of hosting college parties, he has quickly created a unique sound which is now synonymous with big room clubs, and more recently moved to Asia where he is quickly rising through the Asia club scene, now recognized as one of the leading party circuit DJ’s in Asia.Coupled with various residencies in his base of Singapore at establishments like ALTITUDE (worlds highest open roof club), his recent gig list has seen him play at some of the world’s leading clubs, including MINK, Avalon, and Pangaea, and Ku De Ta, along with a multitude of large beach side dance parties festivals including gigs at world famous beach clubs jaunts such as The Ark (Thailand), Tanjong Beach Club (Singapore) and Cocoon (Indonesia).On top of this is a list of regular Ibiza-style beach dance party residencies, including playing with the glamorous Ministry of Sound HEDKANDI shows where in 2011 MODIUM establish himself as a regular support DJ for Ministry of Sounds HEDKANDI, and has seen him support and headline alongside globally recognized club DJ’s.MODIUM nowadays is often seen playing and touring along side a growing number of global artists such as TheScissor Sisters and Taio Cruz, and dance & club acts such as Global Deejays, Seb Fontaine, Sander Kleinenberg, Ministry of Sound, Global Deejays (NED) Stuart Ojelay (UK), Patrick Hagenaar (UK) Daddy’s Groove (RUS), Paul Oakenfold (UK), Andy Warburton (CAN) and many more. T he past year has also seen him take the steps to get signed with several well known labels, with signed official remixes and a growing number of original tracks to marque labels including RCA Records (Sony Records), Island Def Jam, Capitol Records, Bahia Records, Mjuzieek Records, Pornostar, Suka, HOUSESESSIONS, and Atlantic Records. The release of his much anticipated Limited release EP, "The Official Remixes” was well received and paved the way for the signing of a second EP slated for release late 2013.It’s no surprise that from that rapid rise through the club scene that his reputation has gone truly global, having now been invited to play guest DJ radio shows for the likes of Global Music Underground, SELECT UK Radio (the worlds leading House Music radio station) and Ministry of Sound on Radio 1, with his sounds being played by radio stations from London to Ibiza to New York. He finished 2012 by being invited by world-wide lifestyle brand, Hennessy Artistry, to be an officially recognized global Hennessy Artist and in 2013, he also took up the reins as a headline act for the globally recognized Formula 1 PODIUM Lounge track-side parties.With a growing online base of over 200,000 fans and followers, MODIUM is filling the headsets of dance fans globally and does not look to be slowing down any time soon. Clubbers have come to identify the individual musical sound which MODIUM often plays, where his fusion of different dance and house flavors, blending together in his many re-mastered and bootlegged tracks, gives him his own signifying, creative, now inimitable sound.Able to play a melody of dance sounds, MODIUM weaves in popular house flavors including progressive, tech, electro, vocal house and commercial, ensuring his sets are full of big club, big room energy, moving seamlessly from one genre to another. That ability to create remixes live and play across the spectrum of house - from soulful beach club and lounge bar sets, to main room anthems with banging electro and progressive house – gives his sets a unique sound for every performance.With exceptional technical skills, a blended variety of music genres, and that added personal touch make him stand out. As one of Asia’s leading nightclub groups recently said, “[MODIUM] ... is recognized by the party scene in Asia. His uncanny ability to mix any type of house music you throw at him and the versatility of his mixes makes him a recipe of dance floor destruction.”