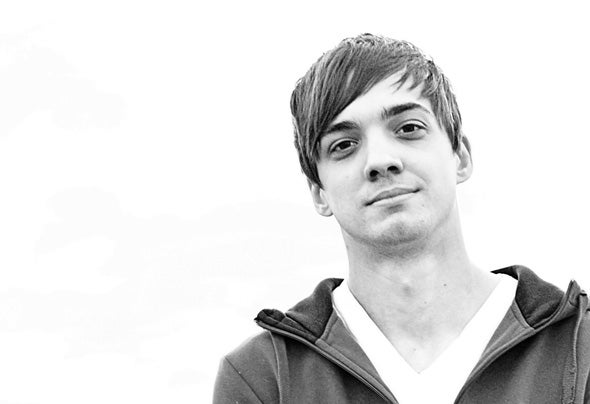 Masterpiece after masterpiece, Gordon’s emotionally-driven orchestral style of trance never fails to create a blissful experience. With vibrant pads, soaring string samples, and majestic synth breakdowns, Gordon continues to champion a rare breed of trance that is slowly withering in the ever- evolving genre of trance.Born in 1990, Gordon Schissler, better known as New World, is one of the youngest and most promising players in the trance scene. A native North Carolinian, Gordon has been immersed in melody since his youth – he is a classically trained violinist and his family’s rich musical background exposed him to a diverse selection of music. Inspired by the sonic projects of his older brother, he set out in 2005 to produce his own music. From the outset, Gordon explored a variety of musical genres, experimenting with ambient and hip-hop and creating a unique sound that would distinguish him from other producers in trance.He released his first trance single, “Boundless Light,” through Defcon Recordings in 2012. After overwhelming praise and support, he went on to complete many remixes, including Defcon Audio’s “Trailblazer (New World Remix)” and Dreamy – “Fusion (New World Remix).” These early releases were well received and garnered tremendous support from the global trance scene, with plays from major DJs around the world. His latest single, “Giver of Life” has been deemed a breakthrough single and has been supported by Armin van Buuren, Manuel le Saux, Photographer, Alex Morph and many more.A firm believer in balance, Gordon masterfully crafts tracks that highlight both the softer, symphonic side and the energetic side of trance. New World’s purpose is simple: to imbue his work with meaning and depth. When asked who his biggest musical influence is, Gordon states Andy Blueman, without hesitation. While he feels comfortable producing many other genres, Gordon notes that he will most likely always fall back to uplifting trance; he states that “nothing really allows you to convey emotions quite as strongly as an uplifting trance production”.New World’s Soundcloud page and Facebook fan page, both boast thousands of fans and plays- proving already that this young producer is fiercely rooted in the trance music scene, and from here forward his future is even more