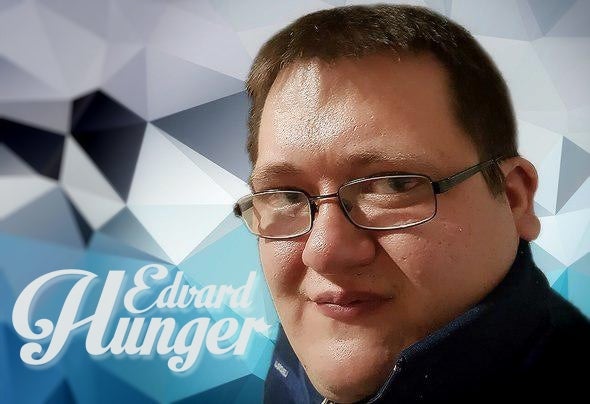 The Edvard Hunger project was founded in 2009. The author of the project is musician, composer, arranger and remixer Vadim Kobrinets from Belarus. Starting off with participation in remix competitions on the Russian site PromoDJ in 2009 .Edvard Hunger won several remix competitions .The first release of many was published in 2010. Later on Edvard Hunger began to work with various labels. The most fruitful collaboration at the moment is with the labels Mystic Carousel Records, Gert Records, Electric Romeo Records, 3xA Music, Inmost, Lincor. Edvard’s releases are constantly receiving support from various musicians and DJs from around the world. In the summer of 2017 the Edvard Hunger started his own radio show titled "Progressive Edition" on Tanzfm radio .Edvard Hunger plans to expand further cooperation with international labels and musicians.