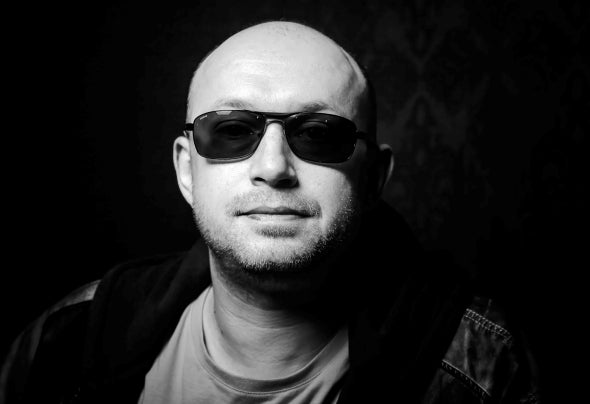 Ronny was born on the 1st of August 1974 in Trinec, Czech Republic. 1991 is where it all started, with Ronny learning to DJ under the guidance of professional DJs. After 4 years of practice he turned his hobby into a career, and also started producing his own tracks. His first projects were called Exhibit, Sonic Empire and FM FACTORY, which launched in 1997. Ronny enjoyed many successes under these aliases. By 2003 Ronny had fallen in love with house music, and collaborated with a friend to form The Weekend Project, which was oriented on this genre. In 2004 and 2005 Ronny became hooked on the sounds of uplifting trance, and started to produce tracks of the genre. Ronny was also involved with TV and radio (interactive TV and radio Fun1), creating music graphics, jingles and signatures. A huge change came in 2006, when he moved from Prague to London. 30th November 2006 is a day, which will never be forgotten by him or Eddie Sender; their track Eddie Sender vs Ronny K, Singularity was played by Armin van Buuren on the worlds most prestigious trance radio show: A State Of Trance. Through this Ronny K became the first Czech producer to appear on the show. In 2008 he launched his Trance4nations show on Afterhours FM which went on to become the most popular show. A proud moment came when Ronny had his track Morning light selected as the anthem for one of the biggest events in the history of EDM radio broadcasts – the AH.FM EOYC. His track Seashore was also signed by Magic Island/Armada. In 2009 AH.FM listeners voted him as the #1 DJ, ahead of Aly and Fila, Sean Tyas, Manuel LeSaux and Daniel Kandi, in the official AH.FM poll. By this stage his productions were supported by many of the biggest names in trance, including: Meno De Jong, Sean Tyas, Manuel Le Saux, Roger Shah, Pedro Del Mar, Woody Van Eyden, Alex Morph, Jorn Van Deynhoven, and the then world #1 DJ Armin Van Buuren. 2010 started strongly, with the release of the Official AH.FM Anthem, Morning Light, which was supported by Armin Van Buuren on ASOT 435. Morning Light was voted as the Future Favourite, and Armada Music released this track on their compilation A State Of Trance Radio Top 15 (February 2010). Next up was The Emotion EP, which comprised of Ronny K Vs Ziki, From Somewhere, and Emotia, Sequile, with the latter getting dropped by Jorn Van Deynhoven at ASOT450. Armin used his productions time and again, with the track From Somewhere airing on ASOT 453. 2011 saw continued support of Ronny’s productions, as well as the tracks signed to his Motiv8 Recordings label, which launched on the first of August. Ronny also played his first set in The Netherlands. 2012 is shaping up to be another great year, with more high quality uplifting productions coming from his label, and the man himself, including his reinterpretation of Samuel Barber’s Adagio For Strings, which aired for the first time at Luminosity Beach Festival. 2013 brought gigs in Italy, Spain, Hungary and high profile gigs in Netherlands (Luminosity Trance Gathering, Pleasure Island). Ronny was planning significant changes in 2014. 2014 has begun with big change. Ronny has moved out from London to settle in Bristol.