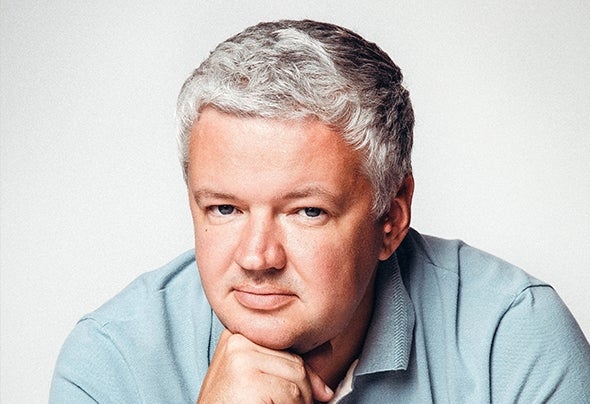 When we say Dmitry Bobrowsky it might not sound familiar, but if you're an avid trance listener, and think of trance as the next level of classical music, then you surely have heard of Sound Apparel.Born in 1973 on August 24th in Moscow, Russia, Dmitry has shown a great interest towards music ever since his childhood days, where he learned to play accordion and mandolin. He wasn’t just reproducing melodies but coming up with his own as well.Time went by, and music was becoming an ever important part of him, "I have been listening and loving music my whole life" says Dmitry, who also has a very wide range of tastes going from classical to heavy metal.In 1996 he started learning musical theory, but quickly abandoned it as he couldn't express his feelings the way he imagined it, it just felt that the technological development at that time was still at a very low level. It wasn’t until 2008, when he decided to make a comeback and started learning the musical synthesis. This time everything was in place! The technological advancements were at a enough high level to enable him to express the emotions, that he always found lacking in every day music.The 2010 saw the first releases coming to life with songs "Making End of Heart Tale" and "The Love That Last The Longest" making instant ripples on the trance scene, proving that the trance music can, and is, the next level of classical music.We at Pulsar Recordings are thrilled to have discovered Dmitry, which resulted in signing him on the label immediately! It was the kind of talent that we haven’t dealt with before. His songs tell unique stories, in an uplifting and yet such calming ways, that surely will give rise to your soul.